Opinion: We should be allowed to grow our own weed 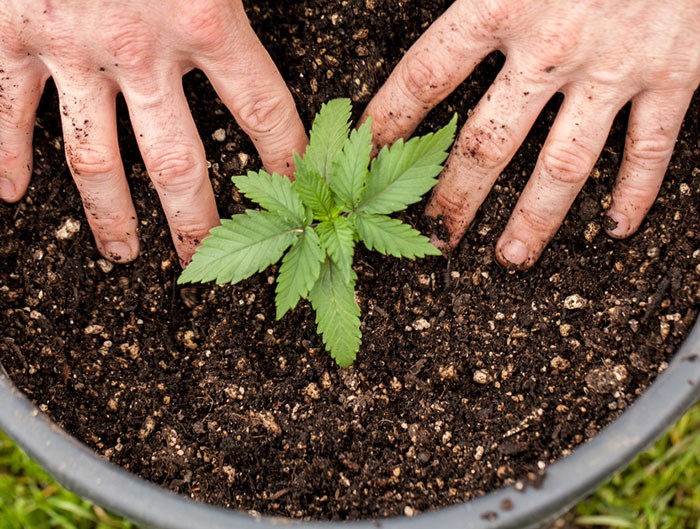 One cannabis advocate argues home growing is an important part of legalization. Do you agree? (via Shutterstock)

I’m Dan Sutton, the CEO of Tantalus Labs, an ACMPR Licensed Producer of Cannabis located in Vancouver, B.C. The following is a letter addressed to Canadian Senators regarding an issue critical to myself and British Columbians.

Recent Senate proceedings around the legalization of cannabis in Canada, and the ascension of associated Bill C-45 have been plagued with misinformation on the perceived risks of cannabis legalization.

This letter below focuses on one of those contentious topics, home growing. This fragile aspect of Bill C-45 is one that myself and many Canadians believe is essential to healthy legalization policy in Canada. Various Senators would like to see this component of the bill removed, and now is the time to make your voice heard if you believe home growing is an important part of cannabis legalization.

My name is Dan Sutton, and I am the CEO of Tantalus Labs LTD. We are a licensed producer of medical cannabis located in Vancouver, British Columbia. I am proud that we have contributed to policy analysis and recommendations to Health Canada in various contexts over the course of our six-year history in Canadian Cannabis. I am writing today not in advocacy of our company, but rather to provide guidance on the social benefit of a critical part of upcoming legalization policy: home growing.

I have been following the discussions in the Senate with close attention, and believe there are various misinformed statements gaining traction that I feel behooved to address.

Home growing has become a staple of the Canadian cannabis ecosystem, with roots going back 50 years. Many low-income Canadians cannot afford to purchase cannabis from drug dealers, dispensaries, or licensed producers. Facilitating home grows allows their income to flow to staples like food and shelter. B.C. Hydro, our provincial power authority, has historically estimated that the number of home grow ops in our province to be above 40,000 individual households. These are not necessarily grows with product destined for commercial sale, but often for personal use.

Setting aside the logistical complexity of actually policing and shutting down all of these operations, there is significant social value in allowing home growers to continue in a regulated system. Decentralization of risk results in relatively few robberies or armed incursions. Decentralization of production improves innovation in these home systems, that trickles out to commercial production. Plants growing in a home environment open an important conversation with children in the household on the risks around cannabis. Most importantly, these growers want to be legal, regulated, and compliant with reasonable cannabis laws.

One of the primary concerns from senators and political influencers around home growing appears to be child access. In a home where cannabis is being grown, how does one prevent underage residents from stealing cannabis and using it outside of the framework of Bill C-45?

Firstly, it is important to recognize that until cannabis is dried and trimmed, one cannot just “take off a few buds.” Truly, for 95 per cent of the plant’s life cycle, it cannot be consumed for psychoactive effect. Dried cannabis can and should be kept under lock and key, as many families do with their liquor cabinet today.

Speaking of liquor, there are many reasonable analogs to “adult-only” household items including alcohol, cleaning products, kitchen knives, tobacco, and firearms prevalent in Canadian households today. It is up to the household, not a regulator, to control underage access and mitigate risk.

This underscores the most critical aspect of legal home growing in a household with minors in it, conversation. Home growers have an opportunity to have early conversations with their children around cannabis. Healthy households are already having similar discussions around safe sex, alcohol use, and behaviours best saved for adulthood. With 15 per cent of the Canadian population consuming illegal cannabis today, it is likely that these conversations are already going on around the country already.

Government and industry-sponsored education information and family-oriented talking points are our best assets in these conversations, whether home grow is regulated or remains illegal. Responsible parents value these talking points, taking ownership for guiding their sons and daughters toward responsible attitudes. My considered position is that it is better for the government to endorse responsible use and responsible conversations rather than try to pretend home growing will not continue if taken out of the scope of Bill C-45.

If myself or my team can be informational resources in this discussion, I am happy to volunteer to share knowledge at your discretion. Please review the following linked resource developed by Canadian Students for Sensible Drug Policy as an excellent example of education tools that can be built by government, industry, and academia in collaboration.