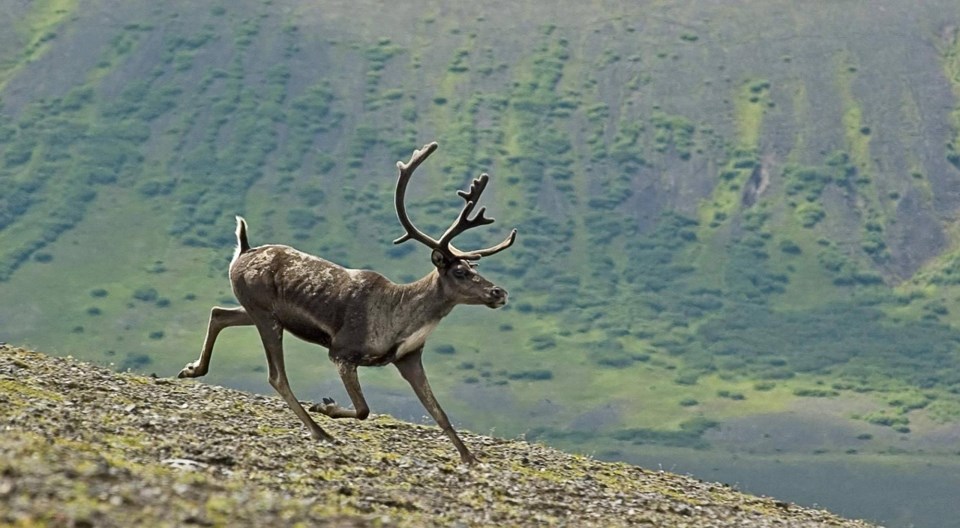 As a former resident and mayor of Chetwynd, and someone who has worked with West Moberly First Nation on developing community-to-community agreements, obtaining a joint community forest tenure, and one who has sat across the table in consultations for both the forestry and energy industry for more than 20 years, I would like to add a bit more clarity around Maclean's latest article, dated April 29, and titled 'Caribou, wolves and the battle tearing apart northeastern B.C.'

B.C.’s caribou herds have declined and continue to do so, but not necessarily for the reasons pointed out — industry and climate change. B.C.’s largest caribou herds live further north in areas with no industry, no habitat destruction, and, by and large, in protected and park areas. They too suffer the same types of declines.

Three herds in the west Chilcotin of B.C. also are suffering the same fate, without the benefit of industrial development. As for climate change being responsible, that is clearly debateable. One of Canada’s largest caribou herds (at least currently), the Porcupine herd of northern Yukon/Eastern Alaska, is at all time highs, while many of the caribou in the Northwest Territories, Nunavut, and Northern Quebec are at their lows.

Although there are many explanations and theories, each herd has a differing reason as to why they are in decline. One common denominator is when populations reach their lows, for what ver reason (natural or man-caused), they become more vulnerable to predators. In the case of the caribou near Chetwynd and Tumbler Ridge, this predation is mostly about wolves, with some from grizzly and black bears.

Up until a secret plan was hatched by Ottawa, Victoria, and two of eight local First Nations, caribou conservation in this area (female capture, maternal penning, and predator control) had been the result of people working together — local people, local industry, local business, local governments, and local First Nations were all contributing. It's wrong to suggest this was a West Moberly and Saulteau First Nation project. To characterize it as that not only does a real disservice to everyone, it also contributes to the mistrust and divisions we now see in our communities.

To characterize the creation of this plan in secret as being one that's required for in keeping with the “recommendations of the Truth and Reconciliation Commission and Canada and British Columbia’s commitment to the United Nations Declaration on the Rights of Indigenous Peoples” is flat out wrong.

Two wrongs, three wrongs, or 100 wrongs do not make one right, and that's what is core to this issue.

Our governments negotiated a comprehensive agreement with West Moberly and Saulteat that goes way beyond environmental stewardship. It creates economic benefits and confers jobs to both nations, while, at the same time, taking them away from the community at large. It creates new processes where two chiefs and their councils now have a far greater say in all future land use decisions, presumably in secret government-to-government negotiations. Nowhere in this process are local governments represented; local people, local business, and local industry. And all this in an area that is already subject to the provisions of Treaty 8.

Macleans is correct in reporting that a backlash has ensued, not only for this area, but right across the province. And it should have. The process is so wrong that it's beyond words to describe.

Maclean's is wrong in its characterization of this being a “racist” issue. Yes, there have been some incredibly stupid racist remarks made by very few people, but the vast majority of the 30,000 people who signed the petition to stop this process are not racists. What can be said is that it’s truly sad to see Chief Roland Willson pull the “racist” card when nothing else can be said in defence of this process, and for that, he is wrong. Just as excluding non-indigenous people from this process is wrong.

To quote former MLA Blair Lekstrom after he was pointed by Premier Horgan to help sort this out: “This has set the relationship back, in my mind, 20 to 40 years,” he told Shane Woodford on radio CHNL in Kamloops. “There’s things being said now that you wouldn’t have ever expected to hear."

Maclean's is correct in stating predator control is controversial. So is logging. So is hunting. So is energy extraction. So is Site C, and I could go on and on.

But despite the controversy, every biologist working on this file lists wolf control as the number one thing to do to reverse caribou declines. Yes, there are other things that must be done, including habitat protection and access control. What is proposed in these draft agreements are one option, but there are others, yet to be explored or discussed. That's what the community is asking for. In this case, there's time to involve the community, as this caribou population is increasing, albeit slowly, and, as a species, they are not about to go extinct.

Chief Willson is flat-out wrong when talking about job losses. Correct in that “current” coal mines are not affected, but no mention if another single mine could ever be approved in this proposed process (mining claims cover much of this area in dispute). He's wrong about forestry job losses. Yes, the timber harvest was increased to salvage trees killed by the mountain pine beetle, but now a vast amount of the live trees will be unavailable for harvest to sustain the mills.

Yes, there are short-term jobs deconstructing roads and removing bridges, but these are subject to government funding, and all jobs end when the last road is unbuilt. Yes, West Moberly will be hired to police the backcountry, but their commitment to not harvest their new community forest licence will further restrict the local timber supply.

The closing quote from Chief Willson in the Maclean's article — “It’s sad it’s turned into this blame-the-Indians again” — is classic, but totally expected. When in trouble, blame someone else.

The local people know and understand Chief Willson. They do pay attention and understand what is happening, and they are concerned that our government is being conned and not representing the greater interests. They also understand it is the Chief’s job to look out for his membership, and not the interests of the broader community.

Maclean's doesn’t report on the millions of dollars West Moberly receives as “consulting” fees from industry, only to spend much of it on more lawyers and more courts cases; money that could be spent on bettering living conditions.

Maclean's doesn't report on their claim for lands ownership on lands currently leased from the provincial government by the school district, whose sole purpose is to give all kids outdoor experiences (this land also has more than $1 million of infrastructure) or the thousands of hectares of public lands that West Moberly will receive from government as a form of compensation for Site C and treaty land entitlements.

And finally, they remember who he is; and to quote from Senator Richard Neufeld in the Alaska Highway News in November 2016 about the chief's unfortunate decision to call former BC premier Christy Clark and former BC Hydro CEO Jessica McDonald "evil bitches":

“"For over thirty years, I’ve had the privilege of representing the people of Northeastern British Columbia at the municipal, provincial and federal levels. It has, indeed, been an honour. While I don’t pretend to have a spotless record of public service, I’ve never used nor would I ever use such repulsive language in attacking my opponents.

"My intention in writing this column is simply to highlight the gross double-standard that exists in our society. I must admit I’ve been a little disappointed with the media coverage this story has generated: I only saw one article online. I can’t help but wonder how many national headlines there would have been if another elected or appointed official would have used such tasteless and reprehensible language toward a First Nation Chief."

Police investigating altercation between transgender activist and reporter
Jan 24, 2020 11:05 AM
Comments
We welcome your feedback and encourage you to share your thoughts on this story. We ask that you be respectful of others and their points of view, refrain from personal attacks and stay on topic. To learn about our commenting policies and how we moderate, please read our Community Guidelines.