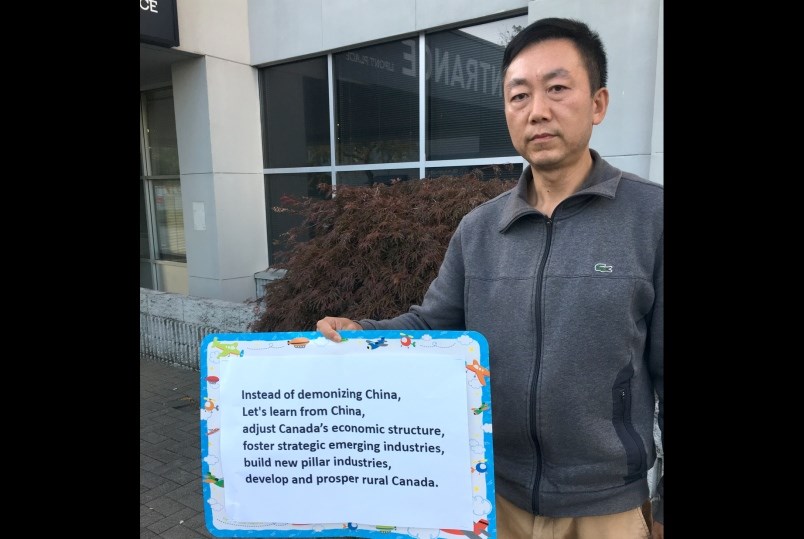 A Richmond man who ran in the recent federal election as an independent is defending the Chinese government’s treatment of Uighurs, a Muslim minority in the northwestern Chinese region of Xinjiang.

In response to a story on CTV, Zhang Zhe tweeted out on Saturday that the reporter had “missed the point” and that “attendees (…) believed the Vocational Education and Training Centers are much better than terrorist attack, bloody war and millions of refugees.”

I think @jingxuanteng missed the most important point in this report, that attendees (from about 80 countries) believed the Vocational Education and Training Centers are much better than terrorist attack, bloody war and millions of refugees. #cdnpoli https://t.co/ExaYPMdUsj pic.twitter.com/lyto1H8qw2

The Chinese government has put about a million Uighurs into “re-education” camps  - which they call “Vocational Education and Training Centres." However, many media outlets have reported that they are subjected to harsh conditions, attempts to brainwash them and purge them of their Muslim identity.

During the federal campaign, Zhe defended the Chinese government. At one all-candidates forum – where he hadn’t been invited to participate - he was outside holding a sign that read: “Instead of demonizing China, let’s learn from China, adjust Canada’s economic structure, foster strategic emerging industries, build new pillar industries, develop and prosper rural Canada.”

Zhe ran as an independent in Richmond Centre, but he only garnered 197 votes, or half a per cent of the total votes cast.