U.S. tug firm to be sentenced for 2016 spill in B.C. First Nation's territory 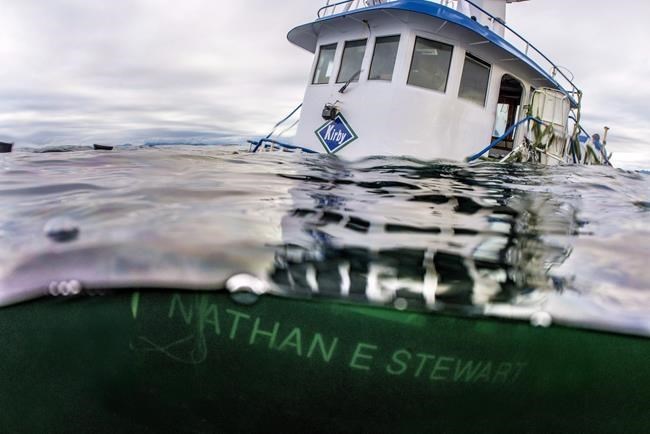 BELLA BELLA, B.C. — A Texas-based company is scheduled to be sentenced after pleading guilty to a diesel spill from a tug boat that ran aground and sank in a First Nation's fishing ground on British Columbia's central coast.

The Nathan E. Stewart spilled 110,000 litres of diesel and heavy oils in October 2016 and the Transportation Safety Board later ruled a crew member missed a planned course change because he fell asleep while alone on watch.

Court documents on the provincial court website show Kirby Corp. has pleaded guilty to three of nine counts while a civil case for damages filed by the Heiltsuk Nation is ongoing.

The company pleaded guilty to separate counts under the Fisheries Act, Migratory Birds Convention Act and Pilotage Act for the fuel spill that damaged both fish and birds, and for not having a pilot aboard the vessel at the time it ran aground.

Chief Marilyn Slett of the Heiltsuk Nation says the hearing will include a sentencing circle of community members, chiefs, first responders and representatives for Kirby, as part of the proceedings that will be held in a Bella Bella gym to accommodate observers.

Kirby spokesman Matt Woodruff was not available for comment.

Commercial flights resume in St. John's, N.L., as state of emergency continues
Jan 22, 2020 11:32 AM
Comments
We welcome your feedback and encourage you to share your thoughts on this story. We ask that you be respectful of others and their points of view, refrain from personal attacks and stay on topic. To learn about our commenting policies and how we moderate, please read our Community Guidelines.