Views on vaping regulations vary widely across the country 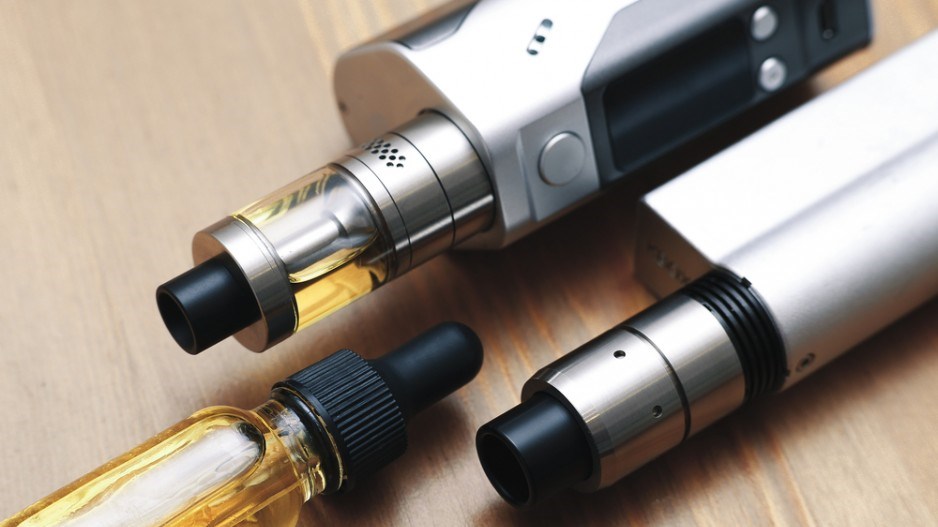 For the past couple of years, vaping has become ubiquitous in certain urban areas across Canada. Some of the country’s residents have become enthralled with the idea of inhaling and exhaling vapour produced by e-cigarettes or similar devices.

When Research Co. asked a representative sample of Canadians if they had “vaped” over the past year, only 11 per cent answered affirmatively. The practice is currently more popular among residents aged 18 to 34 (19 per cent), and drops to single digits among those aged 35 to 54 (8 per cent) and those aged 55 and over (6 per cent).

While vaping might be perceived as another “millennial thing,” it is not as catching as some would assume. Our survey shows that four in five of Canada’s youngest adults – a sizable majority – did not use an e-cigarette in the past 12 months.

Proponents of vaping have been relatively successful in marketing their product as a healthier alternative to tobacco. Back in 2012, an advertisement featuring actor Stephen Dorff called attention to the long-standing ban on tobacco product commercials in the United States. Vapers were quick to point out that their product was not tobacco, so it should not face the same restrictions as a regular cigarette. Almost six years later, there are still some major vaping-related legislative challenges developing across North America.

In the United States, establishing a thorough countrywide legislation has taken years. In most places, a person has to be 18 years old to buy e-cigarettes, but some of the flavours and offerings are extremely tempting to minors.

While the federal Food and Drug Administration is studying issues such as age verification for online and retail sales, recently re-elected New York Gov. Andrew Cuomo has said he plans to issue an outright ban on the sale of flavoured e-cigarettes in 2019.

Cuomo may not be the only head of a state government to pursue such a plan.

In Canada, the federal government recently took action to deal with the e-cigarette regulatory limbo, and the decisions proved very popular with Canadians. Almost nine in 10 respondents to our survey (88 per cent) favour prohibiting the sale of vaping products to minors. More than seven in 10 Canadians agree with restricting any reference to e-cigarettes as healthier than standard tobacco products (73 per cent) and restricting the use of testimonials and “lifestyle” advertising for vaping products (71 per cent). These two measures effectively ensure that a campaign like the one that featured Dorff never has a presence on Canada’s airwaves. In addition, three in five Canadians (62 per cent) are in favour of banning certain flavours of vaping products, such as “confectionery,” that have proven to be exceptionally attractive to minors in the United States.

Canadians are also almost universal in their wish for vaping products that contain nicotine to display a warning, similar to the one used for tobacco products (91 per cent), and three-in-four (76 per cent) agree with banning the use of e-cigarettes in public places where smoking is currently prohibited.

Aside from the regulatory framework, there is a secondary issue: attractiveness. In our survey, half of Canadians (50 per cent) say they would not consider dating a person who uses e-cigarettes. Women are slightly pickier on the issue of vaping (53 per cent say “No,” compared with 47 per cent of men).  The proportion of Canadians who appear to be thrown off by vaping is high across all age groups. British Columbians are particularly intolerant when it comes to e-cigarettes: three in five (60 per cent) would not consider dating a vaper – the highest proportion reported in the entire country.

It took decades of lawsuits and legislation to do away with the iconic images of cigarette smokers in magazines. Vaping may be relatively new to the scene compared with humanity’s relationship to tobacco, but Canadians are decidedly welcoming of policies that look at the practice in a similar light: if you want to vape, vape in a place where it doesn’t affect me. And keep the products out of the reach of children. •

Mario Canseco is the president of Research Co.

Chinese city stops outbound flights, trains to fight virus
Jan 22, 2020 12:40 PM
Comments
We welcome your feedback and encourage you to share your thoughts on this story. We ask that you be respectful of others and their points of view, refrain from personal attacks and stay on topic. To learn about our commenting policies and how we moderate, please read our Community Guidelines.