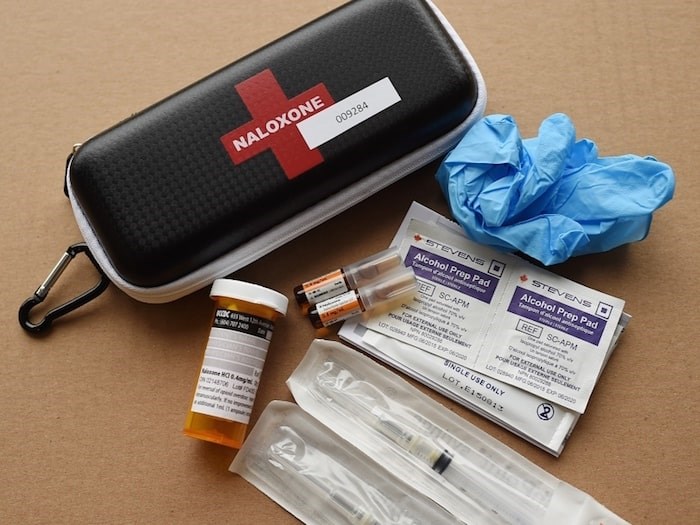 The B.C. government announced that pharmacies in the province will offer free naloxone kits. Naloxone can reverse a drug overdose by helping restore a person’s breathing. (via Dan Toulgoet)

If you had doubts about the effectiveness handing out free naloxone kits, a B.C. government minister offers up this statistic: More than 50,000 kits containing the life-saving medication naloxone have been used to reverse opioid overdoses in B.C., says the province.

In total, 175,022 naloxone kits have been reported distributed to people who use drugs and those who are likely to witness an overdose through the BC Centre for Disease Control’s Take Home Naloxone program.

”Every free naloxone kit distributed in B.C. is a statement that we are committed as neighbours, as a community, as a province, to saving lives,” says Judy Darcy, Minister of Mental Health and Addictions, in a statement. “We know that people need to be alive to find their own unique pathway to healing and hope and this announcement tells people using drugs loud and clear that we want them to live.”

“The Take Home Naloxone program is a crucial component of the emergency response to the overdose crisis in our province and I’m proud of our partners and community members for their dedication and working quickly and creatively to get this life-saving medication into the hands of people who need it,” says Dr. Jane Buxton, harm reduction lead for the BCCDC, the program that runs the Take Home Naloxone program. “However, people need access to a safer supply of substances so they don’t use the highly toxic street drugs that puts them at risk of an overdose.”

There are currently 1,678 active distribution sites, including over 700 community pharmacies across the province in all five regional health authorities.

PHOTOS: New park bench unveiled in Kamloops ahead of International Overdose Awareness Day
Aug 29, 2019 5:59 PM
Comments
We welcome your feedback and encourage you to share your thoughts on this story. We ask that you be respectful of others and their points of view, refrain from personal attacks and stay on topic. To learn about our commenting policies and how we moderate, please read our Community Guidelines.