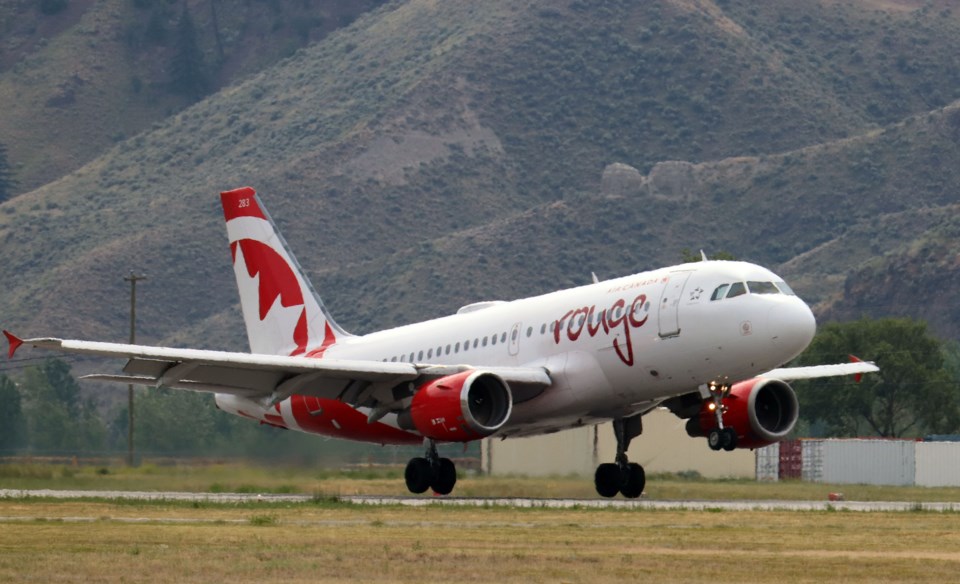 Just a moment before the plane touched down on June 21. (via Brendan Kergin)

Air Canada Rouge will offer its direct flight from Kamloops to Toronto again next summer, KamloopsMatters has learned.

“We’re currently planning to operate this route again three times weekly next year starting in June for the summer peak to meet summer travel demand,” said Angela Mah, a spokeswoman with Air Canada, in an email.

The seasonal flight, which launched on June 21, will end shortly after Labour Day. 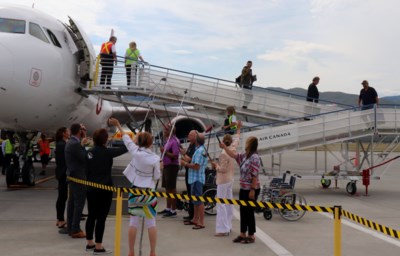 The first passengers exit the plane. (via Brendan Kergin)

“We will be completing a full evaluation of our Kamloops-Toronto seasonal flights after the end of the summer season,” she said.

The airline launched the direct service for a couple of reasons, including tracking passenger behaviour. Many passengers who fly from Kamloops to Vancouver or Calgary are transferring to flights to Toronto or elsewhere, and the Toronto flight was going to relieve some of the pressure on those routes.

“We have a limited number of airplanes that we can put on different routes and we've looked at a number of different domestic Canada routes,” said Air Canada director Serge Corbeil during an interview in June. “Kamloops, with tourism growing, with all that Kamloops has to offer, this direct link at this time made sense to us.”

“We’re thrilled,” said Heather McCarley, managing director at Kamloops Airport, after hearing the service will be returning. “This is very good news. From our perspective, we’ve seen lots of passengers using that route and also connecting through Kamloops on that route, so it’s quite exciting to have that service and be able to offer that additional destination.”

Local groups, including the City of Kamloops, Tourism Kamloops and Sun Peaks, have been advocating for the service to be year-round.

“I’m hoping that they will continue it into the winter so that we will be able to work with our partners at Tourism Kamloops and Tourism Sun Peaks to make the Sun Peaks resort, municipality a destination of choice for those people in the Greater Toronto Area,” said Mayor Ken Christian.

"It’s excellent. I took it last week and it’s four hours to Toronto and four hours and 15 minutes from Toronto back to Kamloops. It was running pretty much full," he said.

Beverley DeSantis, executive director of Tourism Kamloops, said her team is “lobbying hard,” including an upcoming trip to Toronto to promote the Tournament Capital. 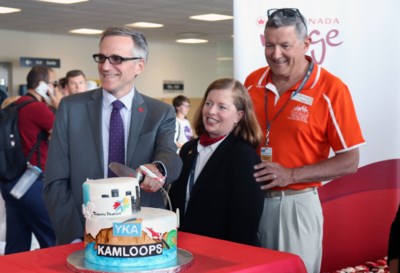 “Those flight loads are very good from what I understand and have been quite strong all summer,” she said.

DeSantis is “hopeful” Kamloops could get year-round service in the future.

“If we continue to have load factors like that, I don’t think that it’ll be an issue.”

When it comes to providing service, it’s not just about filling seats, she added.

“As Air Canada explained to us … it can also be equipment. Flights go east and west in the summertime, they move their equipment north and south in the wintertime. It’s just really capacity issues as well they have to deal with. Are they going to continue to make money, Toronto to Kamloops in the wintertime? Or would they make more money going Toronto or somewhere down south?”

“They definitely see the benefit of flying here,” she said.