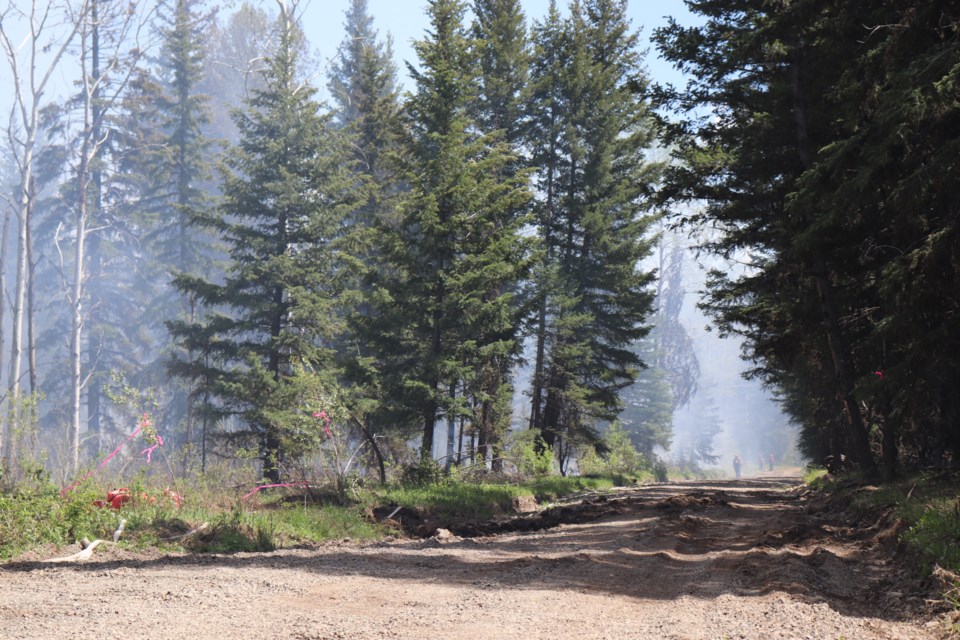 Smoke billows from the forest around Allie Lake, Friday, May 25. (via Tereza Verenca)

The public is once again able to access the space around Allie Lake, now that the area restriction put in place last Saturday has been rescinded.

B.C. Wildfire crews no longer need to restrict public access to operate in the area, as the fire has been "one hundred percent contained" since Wednesday.

Despite the restriction being lifted, the fire service still wanted to issue a warning in a their release.

"B.C. Wildfire reminds members of the public that the Allie Lake fire is an active worksite, and they should exercise caution at all times while travelling in the area. Even if an area restriction has been rescinded, officials still have the authority under the Wildfire Act and its regulations to order anyone to leave the area," says the release.

They also noted that smoke in the area would likely continue for weeks, until a heavy rainfall comes. There is a chance of rain in the forecast for the area this Sunday.