Are these your coins? Kamloops RCMP in possession of multiple coin collections 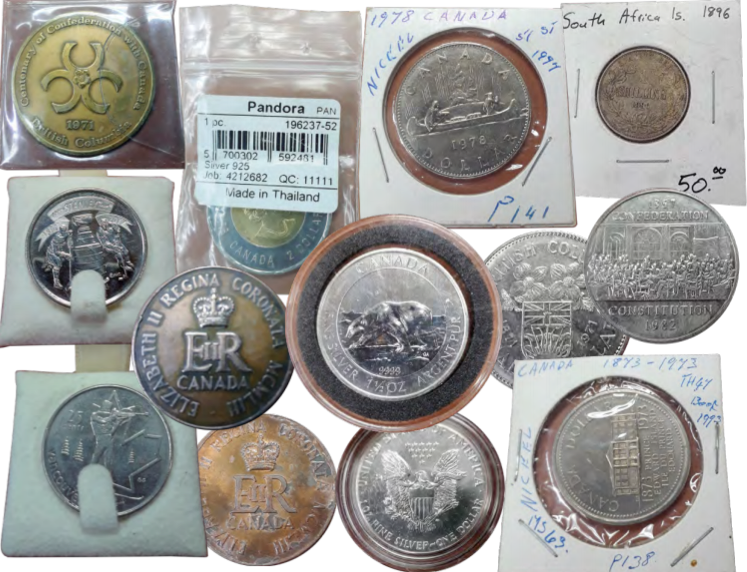 Kamloops RCMP has a bit of spare change these days.

No, not the kind you pump into a vending machine for a Snickers; they're in possession of multiple coin collections.

Since August 2018, they've collected three collections, according to a news release.

Each set was seized at different times, most recently in December 2019.

In two cases, the coins were found in stolen vehicles, the release states.

The third collection was found at a "problem residence." The three collections total hundreds of coins.

While some of the collections have identifying features, none can be traced back to the owners' identities.

“We have tried to find the owners but so far have been unsuccessful,” Cpl. Jodi Shelkie states in the release. “We’ve researched our database of stolen and lost items, but it’s very limited without serial numbers or names. There is nothing to tie the coins to an owner."

They've advertised the fact they're holding the collections through a coin collector website, but haven't had any luck finding any of the owners.

Anyone who may know the owners or have information about who the coins belong to is asked to contact the Kamloops RCMP at 250-828-3000.

UPDATE: Missing Kamloops snowboarder spent night in the elements
Feb 3, 2020 3:30 PM
Comments
We welcome your feedback and encourage you to share your thoughts on this story. We ask that you be respectful of others and their points of view, refrain from personal attacks and stay on topic. To learn about our commenting policies and how we moderate, please read our Community Guidelines.