Commuters zipping to work on e-scooters or electric skateboards are set to become a more common sight in British Columbia.
0
Jan 19, 2020 11:05 AM By: Tyler Orton 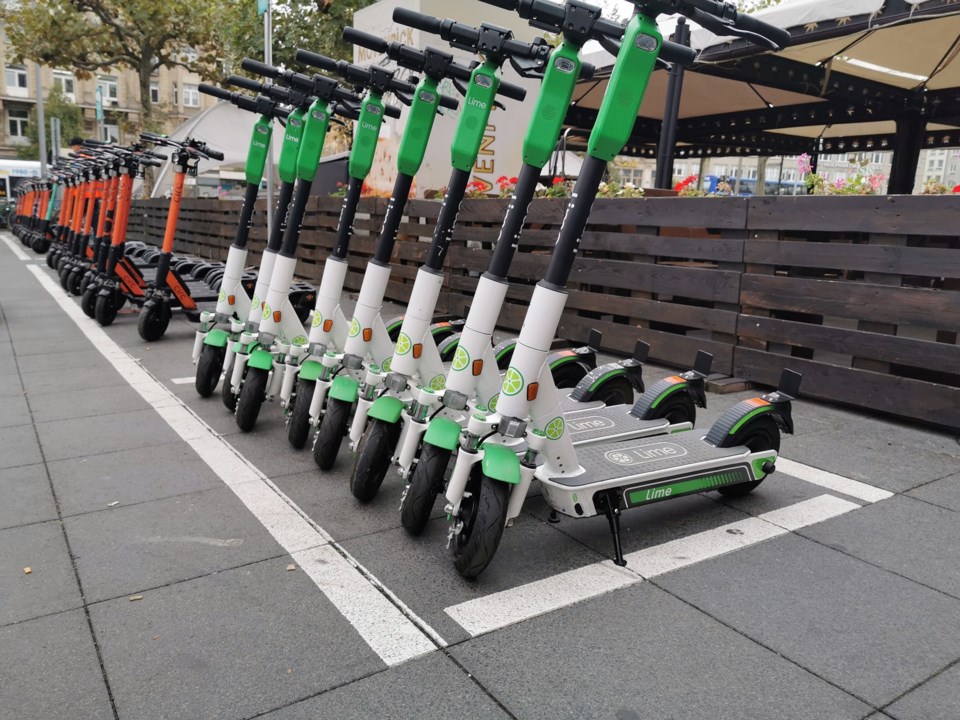 Commuters zipping to work on e-scooters or electric skateboards are set to become a more common sight in British Columbia.

The provincial government revealed Friday (January 17) its package for pilot proposals for cities interested in bringing the devices onto local streets.

While B.C. motorists and pedestrians may have spotted an increasing number of e-scooters making their way across roads, sidewalks and bike lanes in recent years, the devices are in fact banned from streets and sidewalks in the province.

But changes to the Motor Vehicle Act approved last fall now permit pilots lasting up to three years that would see e-scooters and other similar zero-emission, single-person transportation devices deployed in some communities.

Proposals will be accepted until March 6, while the government plans on handing out approvals by the summer at the earliest.

According to the province’s pilot proposal package, the project is meant to allow participating communities to explore new transportation technologies to move people safely while reducing traffic, as well as help communities to figure out how to regulate the devices at a local level.

Representatives from e-scooter company Lime (Neutron Holdings, Inc.) had met with officials from the Ministry of Transportation and Infrastructure during the summer of 2019 to request changes to the Motor Vehicle Act.

The company began hiring for positions in Vancouver in November 2018, but the ban on e-scooters on B.C. roads remains in effect.

Kelowna welcomed a limited launch of e-scooters in July 2019, however, the devices are only permitted in select areas of the city due to the provincial ban on roads.