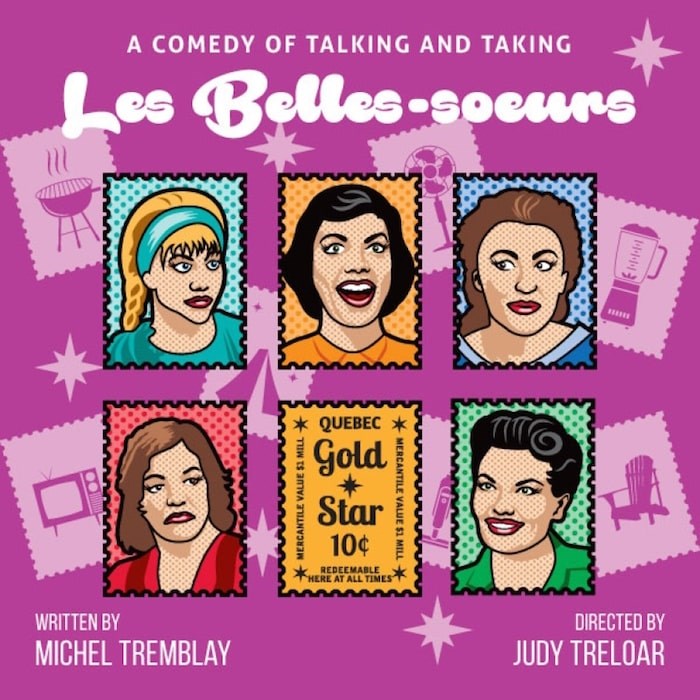 An actor has filed a human rights complaint regarding commentary a B.C. theatre director made about casting a black person in a role for a 2017 production. (via langhamtheatre.ca)

A Victoria theatre company already chastised for use of brownface in a production faces a human rights complaint from a woman rejected for a stage role allegedly because she is black.

Tenyjah Indra McKenna had contacted director Judy Treloar about auditioning for role in the play Les Belles-soeurs, a play about four sisters and their neighbours in a Montreal suburb in the Sixties. The play, put on by the Victoria Theatre Guild and Dramatic School, was to be performed in November 2017.

McKenna asserts when she told Treloar she was black, Treloar “said a black woman would not be a sister or neighbour in the play,” B.C. Human Rights Tribunal member Beverly Froese said in a Nov. 5 decision.

“As much as I do not like saying this,” Treloar said in an email to McKenna, the fifteen women in this play are Quebecois women and the play is set in Montreal in 1965. A black woman would not be a neighbour or a sister in this play.”

She also said she would be interested in having McKenna read for a part, an assertion that left Treloar puzzled.

McKenna further noted to Treloar that she was born and raised in Montreal and that throughout the 1960s, her family lived in the city borough where the play is set.

She said Treloar’s actions excluded her from a “meaningful community activity based on race.”

McKenna made a complaint against Treloar and the theatre alleging they discriminated against her on employment and access to service grounds on the basis of race and colour contrary to the B.C. Human Rights Code.

Treloar denied any discrimination, saying her comments were specific to the particular Montreal neighbourhood in which the play is set.

McKenna asked in an August 2017 email why the theatre, also known as the Langham Court Theatre, had forgotten recent allegations of racism against it.

The theatre came under fire in 2015 for white performers wearing dark make-up in its production of Charles Dickens’ The Mystery of Edwin Drood.

“As recently as 2015, Langham came under fire for racial insensitivity,” McKenna wrote. “I don’t see how you can justify the use of brownface and later defend excluding black performers, and yet continue to call yourself a ‘community’ theatre. It is a sad community that only acknowledges and celebrates the participation of its white members.”

Treloar’s response said, “Sincere apologies to you, Tenaha. I should NOT have said what I did…I humbly apologize. I am not aware of everything you have written, and I want you to know that I am a transgender, non-racial, non-Quebecois, whatever director. I sincerely believe the play’s the thing. I should NOT have replied! Forgive me!”

He asked to speak with her so he could “begin the process of apologizing for this terrible process.”

A meeting was requested but was rejected by McKenna as she did not wish to meet Treloar.

In September 2017, the theatre’s board sent a letter of apology to McKenna.

The board further appointed an ombudsperson to handle such complaints and wrote to Treloar saying her comments were hurtful and could not be condoned, supported or defended. It made a settlement offer of $1,500.

The theatre and Treloar applied to have the complaint dismissed, a move Froese rejected.

The decision said when the theatre became aware of the comments, it moved to address them, to make structural changes to avoid future complaints and to ensure future productions are diverse and inclusive.

Treloar said she took steps to meet with McKenna and apologized. She said McKenna had grievances with the theatre prior to her arrival, that she was acting in the play’s best interests and her behaviour had “innocently and unwittingly” enabled McKenna to act on her grievances.