Blazers on four-game skid heading into clash with undefeated Royals 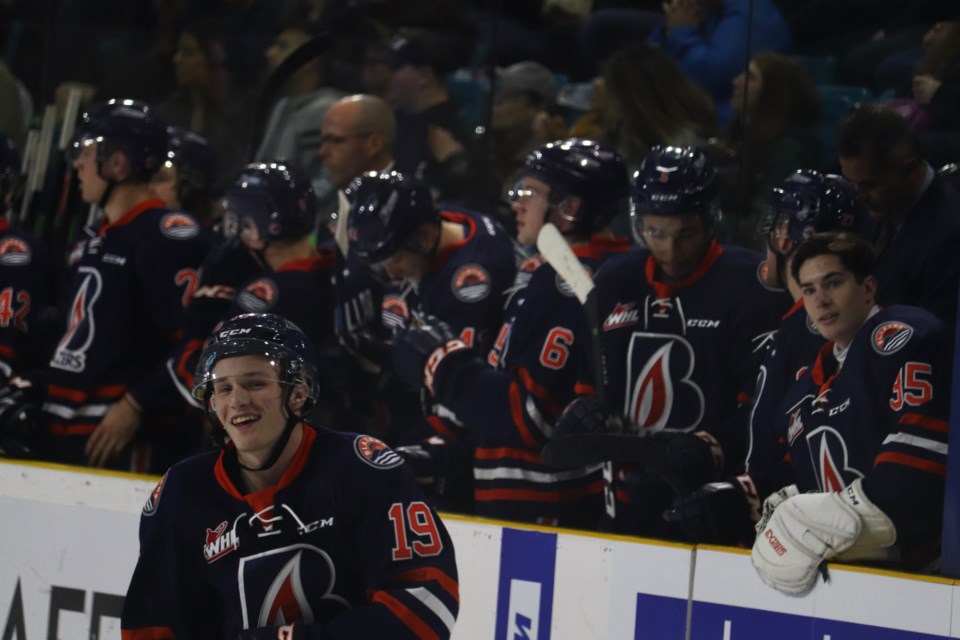 There haven't been many smiles for the Blazers in the last four outings. (via Eric Thompson)

A hockey season is naturally full of ebbs and flows and in just two weeks the Kamloops Blazers have experienced both sides of the tide.

Right now though, the team is in a big ebb. Or flow? Whichever one is bad.

Last night's 5-3 loss to the Portland Winterhawks was Kamloops fourth-straight defeat and third game in a row that they've allowed more than five goals.

The team lost Jermaine Loewen early to a questionable game misconduct for checking to the head. The ensuing power play left the Blazers in another first period hole after the Winterhawks scored twice.

But as has often been the case in this young season, the Blazers had a stretch on Friday night where they dictated play and looked to be best team on the ice.

From the final few minutes in the first and the entire second period, it was the Blazers puck, as they dominated the shot total and fired three past Winterhawks goalie Shane Farkas. Zane Franklin had two and Connor Zary had the other.

Yet all that work was quickly undone in a two minute stretch in the third, when Joachim Blichfeld scored his second of the night for Portland shorthanded and then Jake Gricius potted the game-winner about 80 seconds after that.

Blazers head coach Serge Lajoie said there were positives to take from that game. But once again, points were not one of them.

In order to turn things around tonight at home, the Blazers are going to have to turn one of those puck dominant stretches into more than a few goals. In fact, Kamloops hasn't topped the three-goal mark in a game since their season-opener. Over the last four games, they're scoring on just 8.2 per cent of their shots.

The undefeated Victoria Royals come into tonight's matchup with the top goalie in the Western Conference. Griffen Outhouse has a .941 save percentage through five games, which includes a pair of wins over Kamloops on Sept. 28-29.

A win tonight is crucial to getting the Blazers season back on track, with the Royals already building a six-point cushion for top spot in the B.C. Division. But with the effort already having been there for Kamloops, "puck luck" may be the biggest thing they need to swing them back in the right direction.

The game goes tonight at 7 p.m. at the Sandman Centre.