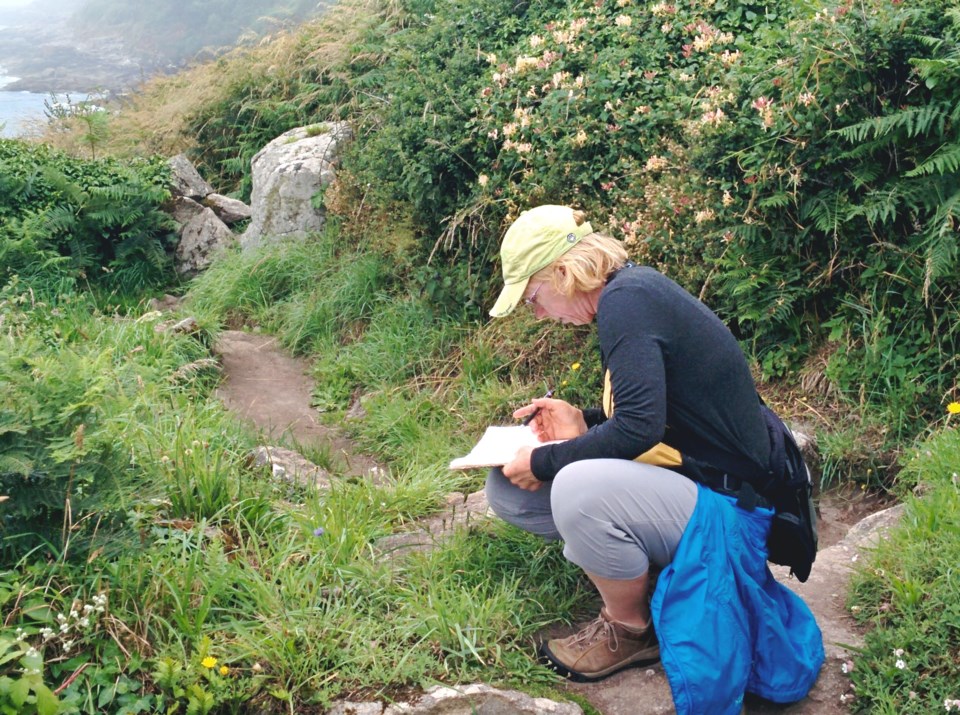 When Lyn Baldwin first learned she was up for one of the D2L (Desire2Learn) Innovation Awards in Teaching and Learning, she looked up the root of the word of "innovation."

As the longtime professor in the department of biological sciences noted, it's an overused buzzword in this day and age. But after seeing its Latin origin, innovare, it was clear why she was one of five educators to receive the honour this year, and the first professor in Thompson Rivers University history.

"It comes from the word novare, which means 'to make new.' I really like thinking about it that way, because you can make new by a complete invention of new things or you can recycle and reuse existing practices for new purposes," says Baldwin.

Baldwin, who has a PhD in botany, made noise in the teaching world by doing the latter: using an old practice in the field of botany to help her students improve their observational skills. She asked students in her evolution and ecology of land plants course to draw the plant life they were surveying.

"The innovative thing that I did was recycle a tool from another discipline, art, in order to help better teach and help my students better learn to make those observations," she says. "It really is recycling because historically, if you went into a botany class in the 1940s, students had to do that. But then as technology changed, we moved away from that. It really was recycling an old technique and many people that are struggling to teach biology have recognized the importance of drawing as a way of learning for science students."

Initially, there was a problem with that approach; most of these students hadn't drawn since grade school. So Baldwin reached out to the faculty of art for help and soon professor Ila Crawford was coming into botany classes to teach students drawing techniques.

"Nobody innovates alone," says Baldwin. "When they let me know I was going to be receiving this award, obviously I'm very honoured but I think its a wonderful thing for TRU because I think there's a community of both colleagues and students that support innovative teaching."

The two continue to collaborate, even curating an art show called "Art and Science, Drawing and Botany." They also published a paper after surveying the students involved in their program.

"I think that cycle; recognizing there is a problem that needs to be solved, looking for a tool inside or outside my discipline and not being afraid to ask for help has allowed these teaching innovations to be successful," says Baldwin.

Baldwin has also been collaborating with other courses to incorporate creative non-fiction writing into her teachings.

The D2L Innovation Award "recognizes educators who are leading innovation at their institutions and beyond."

She will receive her award in a few weeks at the Society of Teaching and Learning annual conference in Sherbrooke, Que. on June 19 to 22.