Buse Creek fire east of Kamloops being held at 19 hectares 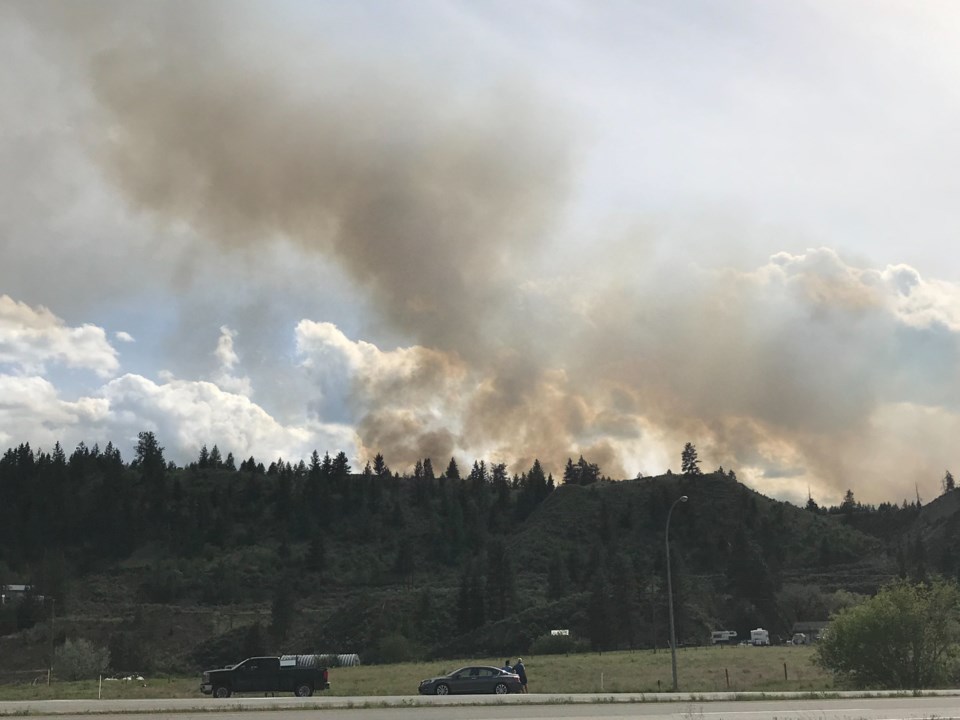 People watch the smoke from the highway near the Buse Lake fire May 12. (via Brendan Kergin)

The first notable wildfire near Kamloops this year is being held at 19 hectares.

The Buse Creek fire was spotted yesterday (May 12) in the early afternoon and has since grown to 19 hectares, according to fire information officer Hannah Swift.

"It's currently being held," Swift tells KamloopsMatters. "The fire is not likely to spread from its boundaries."

Crews are currently working on keeping the fire contained.

After using bombers and helicopters to battle the fire yesterday, Swift says they're not likely to be used today.

There are homes and other human structures in the area, but none were threatened, and while there were road closures, Swift says there weren't any evacuations.

A railway that passes through the fire was closed last night, but no trains were scheduled to use the track.

Swift adds one scheduled for today (May 13) should be going through without a problem.

The fire is believed to be human-caused, but an investigation is ongoing.

Province expanding wildfire measures for 2019 season
Mar 19, 2019 2:56 PM
Comments
We welcome your feedback and encourage you to share your thoughts on this story. We ask that you be respectful of others and their points of view, refrain from personal attacks and stay on topic. To learn about our commenting policies and how we moderate, please read our Community Guidelines.