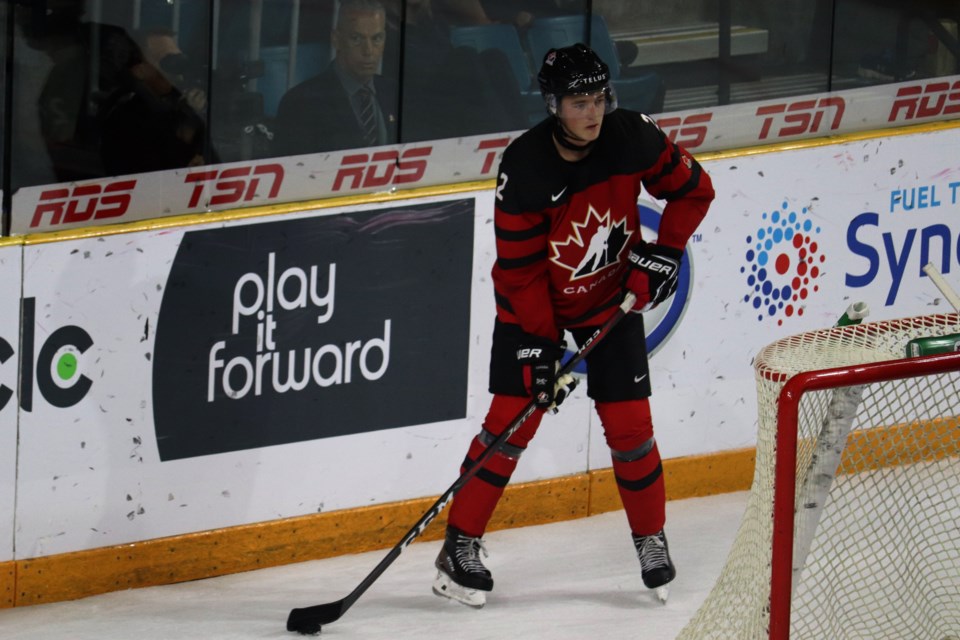 Team Canada coughed up a 3-1 third period lead to Finland, but fans at the Sandman Centre eventually went home happy after Maxime Comtois potted the overtime winner for a 4-3 victory.

The win was Canada's first at this summer's World Junior Showcase, after dropping two split-squad games on Tuesday.

“We weren’t really good in the first period," said head coach Tim Hunter. "But we got real good in the second period and played the way we wanted to try and play, and it gives our guys a chance to show what they can do by playing that way.”

Canada is still carrying a full roster of nearly 40 players this week, giving everyone at least one more chance to make their case to make the December squad. For someone like defenceman Noah Dobson, it may already be case closed. The Islanders prospect has been a standout through two games, scoring another two goals last night to bring his tournament total to three.

The picture isn't so clear in net, where one goalie has yet to emerge from the pack of four. Last night, Matthew Welsh and Olivier Rodrigue split time: Welsh faced nine shots and allowed one goal, Rodrigue had 11 shots and two goals allowed.

Michael Rasmussen also had a goal and an assist for Canada, while Calen Addison had two assists.

Team Canada is back in action tonight, playing Sweden at 6 p.m. at the Sandman Centre.