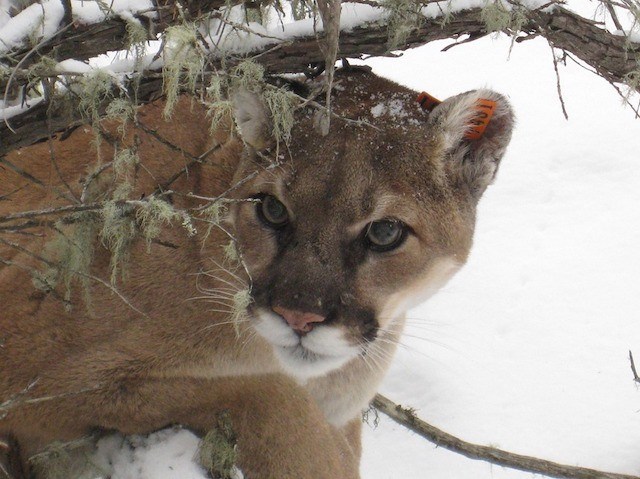 The BC Conservation Officer Service (BCCOS) is advising the public to keep their pets on a leash after a dog was mauled by a cougar in Penticton over the weekend.

Conservation officer Clayton DeBruin says they received a report of an off-leash dog being attacked by a juvenile cougar on a trail off Evergreen Drive at about 2 p.m. Saturday.

“The dog walker managed to scare the cougar off the dog,” DeBruin says. “At that point, they were returning to their vehicle and the cougar had followed them for upwards of a kilometre.”

The dog, which was a smaller breed, is expected to recover after a visit to the vet.

DeBruin says on Sunday, around noon, BCCOS received a report of a juvenile cougar on Green Avenue West, laying under an RV in a townhouse complex.

The cougar had a half-eaten house cat with it, “so we suspect that it is the same cougar from both incidents,” DeBruin says, explaining they were forced to put down the cougar for public safety. It is possible, however, that there are multiple cougars active in the area.

He says they are using the incident as an opportunity to remind the public about the increased prevalence of cougars within the community in the winter months.

Deep snow drives deer from the mountains into the valley bottom, bringing with them cougars.

DeBruin says dogs should be kept on leash when walking on trails. Should you come across a cougar, small dogs should be picked up and you should make as much noise as possible while slowly backing away. Do not turn your back on the cougar or run.

VIDEO: Bear makes backyard leap
Jun 27, 2019 9:35 AM
Comments
We welcome your feedback and encourage you to share your thoughts on this story. We ask that you be respectful of others and their points of view, refrain from personal attacks and stay on topic. To learn about our commenting policies and how we moderate, please read our Community Guidelines.