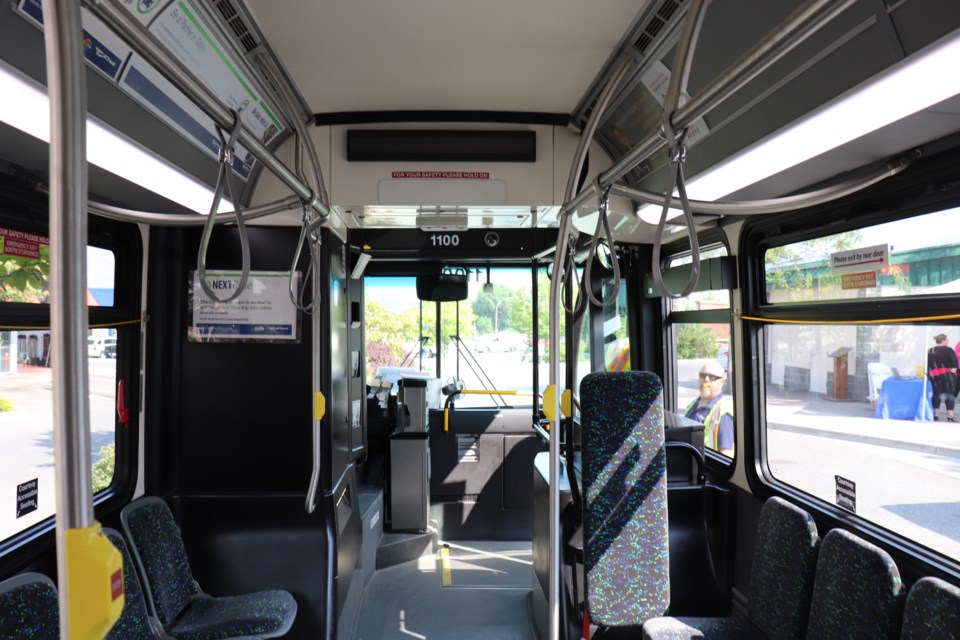 A bus. (via Brendan Kergin)

After a lengthy debate this week, city council rejected a plan from city administration regarding how people get to and around downtown Kamloops.

The plan, called the Downtown Transportation Choices Strategy, was created by city staff with the help of a consultant and looked at how the city could get people to find alternative ways to get to the city's core. During their presentation to council in September, council asked for further consultation with the public.

At yesterday's (Dec. 10) city council meeting, the majority didn't approve of the finalized plan and the plan fell through after a 5-4 vote.

Councillors, both who voted for and against the plan, voiced a variety of concerns during debate on the topic, including a lack of engagement outside of certain neighbourhoods and groups, suggestions that more people should shop online, the idea that congestion could be used to encourage alternative transportation and how ambitious the goals in plan were.

The plan aimed to increase alternative transportation (walking, cycling, transit) to the city's core from 20 per cent to 30 percent by 2039.

"(You) go to the farmers market — and the largest percentage of your person-to-person contact by a long shot is the farmers market people — do you not think we should offset by going to Costco and hearing a different perspective?" Mayor Ken Christian asked engineering manager Deven Matkowski, who was presenting the report on behalf of the city.

"I still find the reliance on the Downtown and Sagebrush community associations, giving them a seat at the table, is worrisome because they're more inclined to bike or walk than the Heffley or Rayleigh (residents)," Bass said.

She noted other neighbourhood associations were emailed and encouraged to have their members participate in the consultation.

"It's almost like if you reached out to Brock and ask how you get to TRU and you're a car salesman," he said.

He added the plan had ideas that could create a less safe city; specifically, narrower streets.

The discussion and rejection of the plan occurred during a morning meeting of council; Coun. Arjun Singh, who supported the plan, motioned to have the city's development and sustainability committee take on reviving the plan and ideas from the consultant. That idea had unanimous support.

"What I heard today was councillors that felt the strategy was not strong enough and I heard councillors indicate it was too strong," Christian said later on. "I think we need to take a bit of a step back from the discussion and reflect on what we found that we were in favour of and opposed to in that and then have that discussion down the road."

"It was very mixed. I think council had a lot of concerns with different aspects of the report," Singh said of council's reaction to the plan.

"I voted for it because I could see it was going to be close and I wanted to see if we could get someone hired so we could get the money in the budget so we can start doing stuff," he added. The plan asked for $50,000 to start working on the action items and would have required a new city staff member.

The mayor, who voted against the plan, said there are parts that are salvageable. However, he wasn't happy with parts of the downtown transportation strategy.

"One of the things I don't like is when a consultant's report says we're going to achieve this end by making it more difficult for automobile owners and drivers," he said. "So don't vilify people who are driving because, in many instances, they have to drive."

He added that he didn't want to be the mayor of a city that would add congestion.

The committee will discuss the issue in 2020.

Protective doors coming for B.C. Transit bus drivers
Sep 10, 2019 4:05 PM
Comments
We welcome your feedback and encourage you to share your thoughts on this story. We ask that you be respectful of others and their points of view, refrain from personal attacks and stay on topic. To learn about our commenting policies and how we moderate, please read our Community Guidelines.