Current Kamloops mayor says he wants to keep his job 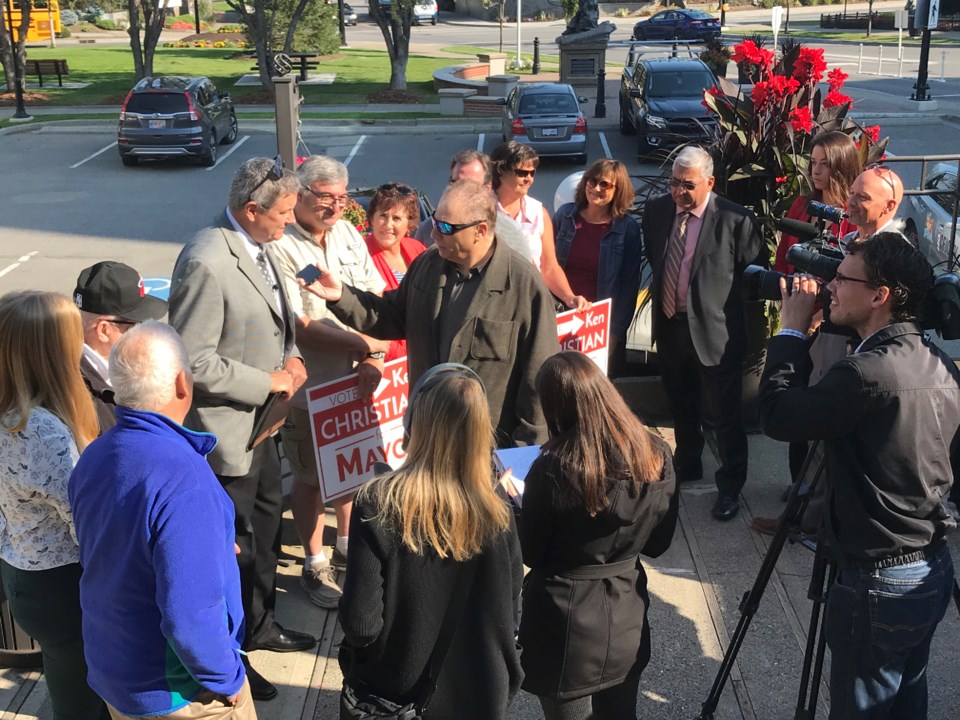 It's been a year, and Mayor Ken Christian still likes his role in city politics.

On the steps of Kamloops City Hall on Wednesday (Sept. 5), Christian announced his intention to run for mayor again in the Oct. 20 municipal election. He was elected last year to the role in a byelection, after Peter Milobar, then-mayor, won his seat in the provincial legislature and stepped down from his municipal role.

"My job evaluation comes up on Oct. 20," he told media. "It's been a wonderful experience and one that I would value to continue for another four years."

He described the job as "complex," due to the variety of duties the mayor takes on, but he enjoys it.

Responding to questions from reporters, he called the current sitting council diverse.

"Overall, I think that we do a good job in terms of adjudicating and coming up with decisions," he said. "Sometimes, it's a bit slow and my hope would be that we would have a council that would be able to quickly assess the facts and get on (with it)."

He also touched on housing, saying Kamloops needs around 2,000 new housing units – from shelters for the city's street community, to affordable entry-level housing.

As of 10:45 a.m. on Sept. 5, two people have been listed on the city's website as having their nomination papers in: sitting Coun. Arjun Singh and sitting school trustee Kathleen Karpuk. Christian is expected to hand in his papers to the city at 11 a.m.