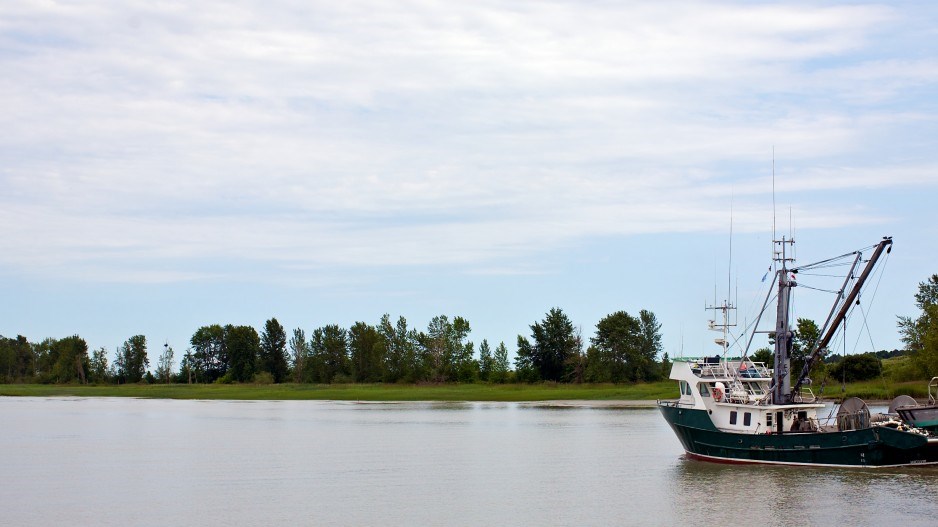 Don't expect to see this happening on the Fraser River this year. (via Business in Vancouver)

Fishermen of all stripes – commercial, First Nations and recreational – should brace themselves for what could be an epic bad year for sockeye.

The combination of closures on chinook, a major landslide on the Fraser River that is blocking the passage of returning chinook and sockeye and drastically lower than expected returns of sockeye are building up to what could be year of idle fishing boats.

This year’s sockeye return is a sub-dominant year, so it was expected to be lower than last year’s dominant year returns.

But in-season forecasts, based on test fisheries, are now suggesting that Fraser River sockeye returns will be so poor this year that a full closure can be expected. That includes First Nations food, social and ceremonial (FSC) fishing.

And they are angry that they are not allowed to fish for FSC purposes while the sport fishing sector has been given limited access to chinook.

They had expected FSC closures to be lifted by July 15, but in some areas, FSC openings have been postponed to August 23.

“This season has been a disaster,” Les Antone, councillor and fisheries manager at Kwantlen First Nation, said in a press release.

“The feeling of not being able to fish is bad, but it’s made worse knowing that other fisheries are happening in the Fraser and Salish Sea.”

The pre-season forecast was 1.8 million to 14 million Fraser River sockeye, with a median forecast of 4.8 million, and 5 million pink salmon.

The Pacific Salmon Commission (PSC) yesterday dropped the forecast to 1.6 million sockeye, and even that target may not be met. And that will mean no fishing for anyone.

“With that reduced run size of 1.6 million, there would be no marine and Fraser River sockeye directed fisheries this year,” said Catherine Michielsens, the PSC’s chief of fisheries management science. “And also for First Nations, food, social and ceremonial sockeye fisheries remain closed as a result.

“The news may get even worse,” she added.

By now, 50 per cent of the 1.6 million Fraser River sockeye should have returned. But as of August 14, only 15 per cent have shown up.

“So in order to still have a run size of 1.6 million, we need to start seeing substantial numbers of additional salmon arrive soon, or the run size will be downgraded further," Michielsens said.

Sockeye generally have a four-year life-span, compared to pink salmon, which mature and return in two years.

Over the last several cycles, Fraser River sockeye have followed a pattern in which there is one dominant year, with fairly large returns, followed by a sub-dominant year and two years of very low returns.

Last year, 11 million sockeye returned to the Fraser River, allowing for a commercial harvest of 5.8 million, 900,000 for FSC fisheries and 140,000 for the recreational sector.