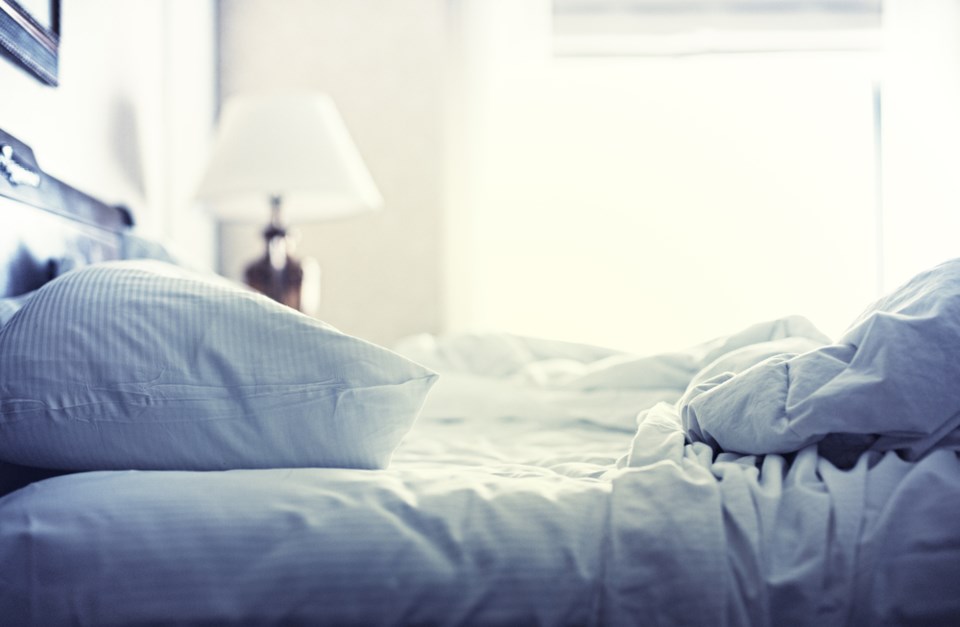 Police in Western Quebec say a man was fined $496 after he was found snoring in a stranger's bed early Sunday (Sept. 8).

The MRC des Collines police say an older woman returned home about 2 a.m. in the village of Wakefield to find the strange man, half her age, in a deep sleep in her bed.

The woman didn't rouse him and instead went to the police station nearby to notify authorities.

When officers woke up the man, he thought he was in his own home.

Police say the man had been drinking and had mistaken the woman's house for his own, which was actually 18 km further north.

Sgt. Martin Fournel says the fine was for being on private property without good reason.

Fournel says the man didn't break in — the door was unlocked — and the woman declined to file a criminal complaint.

The intruder was taken home by police.

Police did note the man's good manners: he removed his shoes at the front door before slipping under the covers.