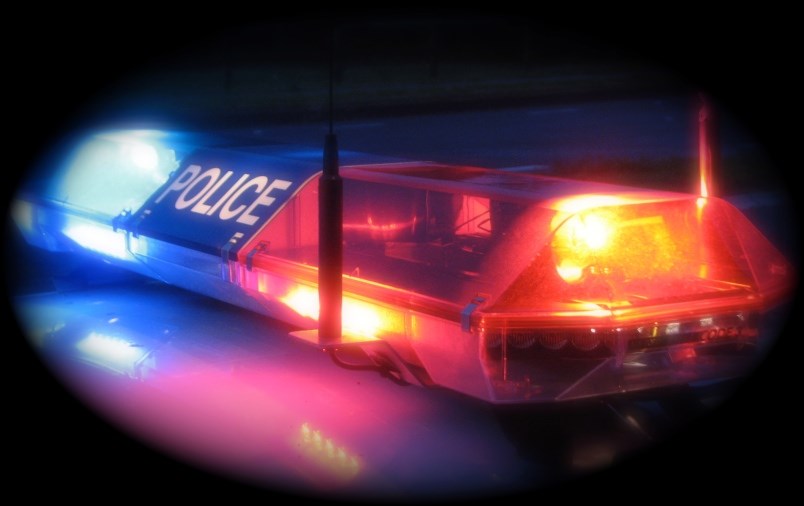 A man is in custody after Delta police assisted RCMP following a dramatic afternoon of chaos on area roadways Wednesday afternoon (Aug. 7).

According to DPD, officers assisted RCMP with regards to a vehicle travelling southbound through the Massey Tunnel, that may have been involved in one or more hit-and-run collisions in Richmond.

DPD spokesperson Cris Leykauf said officers were not able to locate the vehicle at the tunnel, but shortly thereafter received a 9-1-1 call about a vehicle being driven erratically on Arthur Drive in Ladner.

“An officer spotted what was believed to be the vehicle in question on 56thSt., heading south to Highway 17,” said Leykauf. “The vehicle was observed to briefly attempt to travel the wrong way on Highway 17, and was abandoned in the intersection.”

She said the officer then arrested a man in a field by Highway 17 and 56thSt.

“This is an active investigation, but at this point Delta police have no reports of damage or injuries related to this matter within Delta,” added Leykauf, who was unable to confirm details of what may have occurred in other jurisdictions.

Melissa Szarapka emailed Glacier Media with her witness account of what happened.

“I witnessed the erratic driver with little control on Highway 17 around 3:50 p.m. today,” she said. “Just past 56th Avenue, he turned the truck around and drove the opposite direction back towards 56th with metal under his vehicle catching fire, nearly colliding head on with three vehicles, including ours.”

“His truck was totalled every piece smashed,” describes one witness on a community Facebook group page. “[L]ike when he almost hit me then a bunch of other cars in front of me. I thought someone was going to die. There’s always kids and old people in that cross walk, not today thank God.”

“It was terrifying! He almost hit us head on he was serving side to side and the truck was smoking so much! One tire missing and he was going so fast,” added another witness.