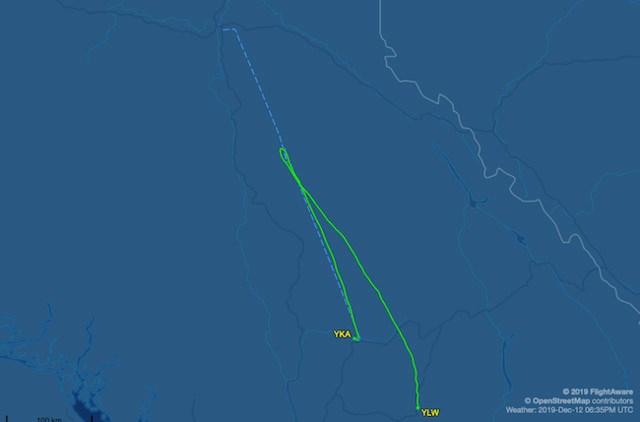 The City of Kelowna says a Convair aircraft experienced a mechanical issue in flight, prompting its diversion to YLW this morning.

The pilot advised air traffic control of the issue at 10:50 a.m.

There was no disruption to scheduled flight service at the airport.

A flight diverted to Kelowna International Airport has landed safely.

The pilot apparently restarted an engine that went down in flight.

The aircraft took off from Kamloops.

It's still not known what type of aircraft was involved.

A flight diverted from Kamloops has emergency services staging at Kelowna International Airport.

The nature of an "incident" on board the aircraft is not known at this time.

However, unconfirmed reports are it is a "three-alarm" situation.

Castanet has reached out to YLW for more information, and a reporter is headed to the scene.

Rock stabilization work to start on Overlanders Bridge
Jan 27, 2020 4:07 PM
Comments
We welcome your feedback and encourage you to share your thoughts on this story. We ask that you be respectful of others and their points of view, refrain from personal attacks and stay on topic. To learn about our commenting policies and how we moderate, please read our Community Guidelines.