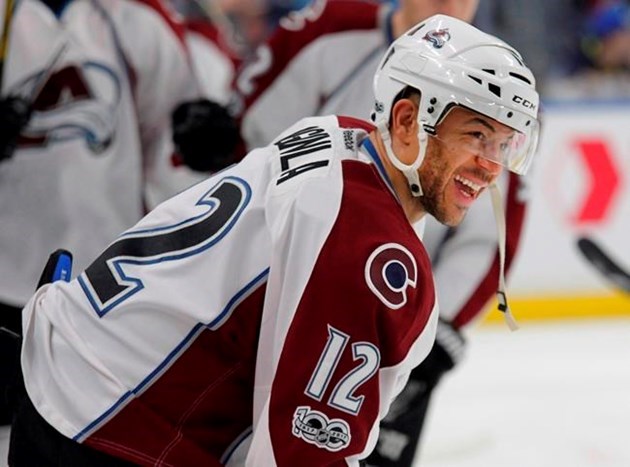 Former Calgary Flames star Jarome Iginla will announce his retirement from the NHL on July 30.

The news conference will be held in Calgary, where the native of St. Albert, Alta., played almost 16 seasons.

The 41-year-old Iginla did not play in the NHL last season. He suited up for the Los Angeles Kings for his final 19 NHL games in 2017.

The Flames acquired Iginla in a 1995 deal with the Dallas Stars, who selected him 11th overall in that year's draft.

Iginla made his NHL debut in the 1996 Stanley Cup playoffs, notching a goal and an assist in two games. He became a full-time NHLer the following season when he was runner-up for the Calder Trophy as top rookie.

Iginla led the Flames to Game 7 of the Stanley Cup in 2004, his first season as captain. The Flames lost the deciding game to the Tampa Bay Lightning.

Iginla was dealt to the Pittsburgh Penguins at the trade deadline in 2013. He signed with the Boston Bruins the following season and capped his career with the Colorado Avalanche and Kings.

Internationally, Iginla will be remembered for his pass that set up Sidney Crosby's Olympic overtime winner in the gold-medal game against the U.S. in Vancouver in 2010.

He played three seasons of junior hockey with the Kamloops Blazers, helping the team win back-to-back Memorial Cups in 1994 and 1995. He is now a part-owner of the team, along with Shane Doan, Mark Recchi, Daryl Sydor and Tom Gaglardi.