Haze, blaze and workdays: Life as the air operations branch director at the Kamloops Fire Centre 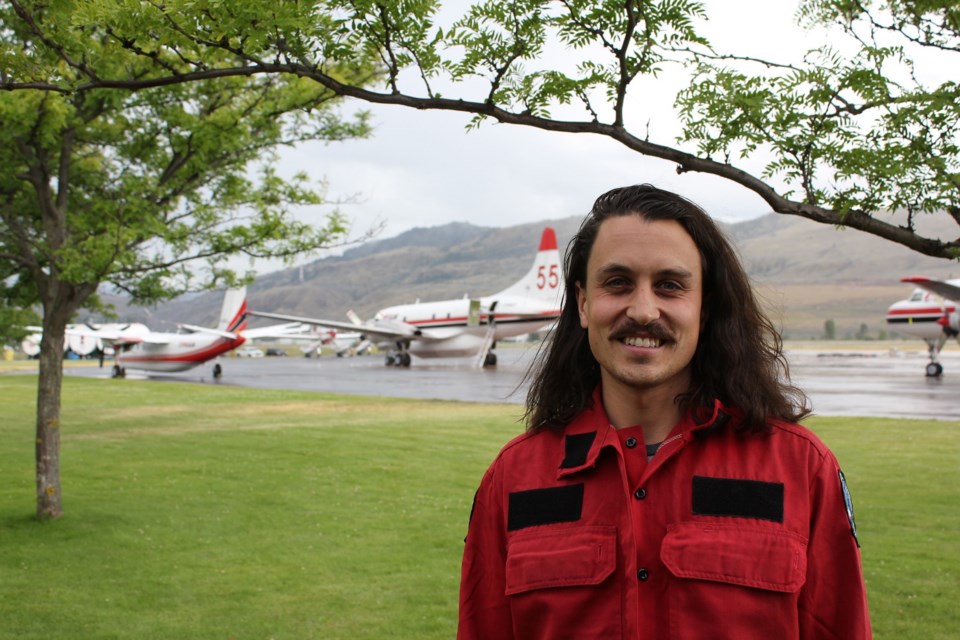 Bryce Moreira. (via BC Wildfire Service)

Throughout September, KamloopsMatters will be profiling a BC Wildfire Service employee at the Kamloops Fire Centre. KFC coordinates the wildfire response across south-central B.C., from Blue River in the north to the U.S. border in the south, and from Bridge River in the west to Monashee Mountains in the east. The fire centre employs around 50 permanent staff and a large number of seasonal support staff.

The goal of this 10-part feature is to give our readers a better understanding and a bird's-eye view of what happens at the centre, and to put a face to the people who are behind the scenes and on the frontlines.

Bryce Moreira joined BC Wildfire Service 11 years ago as part of a high school program that earned him credits.

He started in Nelson as an initial attack crew member (those are the firefighters who are first to respond to a wildfire).

Moreira stuck with BC Wildfire Service and ended up working over the summers, while he was back home from the University of Guelph (he eventually graduated with a physics degree).

In a nutshell, he coordinates a team of "hel-cos" or helicopter coordinators and oversees the chopper operations at the base.

"I usually start early in the morning and I brief all the pilots," he tells KamloopsMatters. "The number of pilots can range from one to 10 to 15, sometimes 30 helicopters."

"It’s constantly changing," he says of the operations plan. "To make sure that all the aircraft can support the ground operations on the fire."

Hel-cos (there could be one to three hel-cos on a blaze) are the ones deciding where a helicopter can bucket.

"My job is to coordinate the hel-cos to make sure they have all the correct number of helicopters they need to suppress a fire," explains Moreira, noting he's in constant communication with all the crews (ground and air), to make sure everyone is working safely and effectively.

"Also, I have to ensure that the ground crews and the helicopters aren’t working too closely."

BC Wildfire Service had eight helicopters on contract this summer. If additional resources are needed, more can be hired.

One of the misconceptions about air support is that it's the best way to put out a fire, according to Moreira. That's not the case.

"They are a very useful resource and there’s a reason we use them all the time; however, it’s always the ground crews that really make sure that the fire is out and stays out once we leave the site. ... When you don’t see aircraft flying it’s probably because there are 10 or 20 times more ground crews making sure that that fire is out."

While things can get a bit hectic at times, Moreira loves the fast-paced environment when there are a lot of operational tasks at hand.

"Just being in a state where you have to operate at a high level all the time and then realizing the decisions you're making and everything you’re instructing other people to do is being effective to support the larger plan," he says. "Our larger plan is to always suppress the fire but there are so many smaller tasks that need to happen before that goal is accomplished."

Haze, blaze and workdays: Life as a prevention specialist at the Kamloops Fire Centre
Sep 9, 2019 4:46 PM

Haze, blaze and workdays: Life as the airtanker boss at the Kamloops Fire Centre
Sep 5, 2019 4:45 PM

Haze, blaze and workdays: We're launching a two-week series on the Kamloops Fire Centre
Sep 3, 2019 11:35 AM
Comments
We welcome your feedback and encourage you to share your thoughts on this story. We ask that you be respectful of others and their points of view, refrain from personal attacks and stay on topic. To learn about our commenting policies and how we moderate, please read our Community Guidelines.