Here's why you should join this Kamloops roller derby team 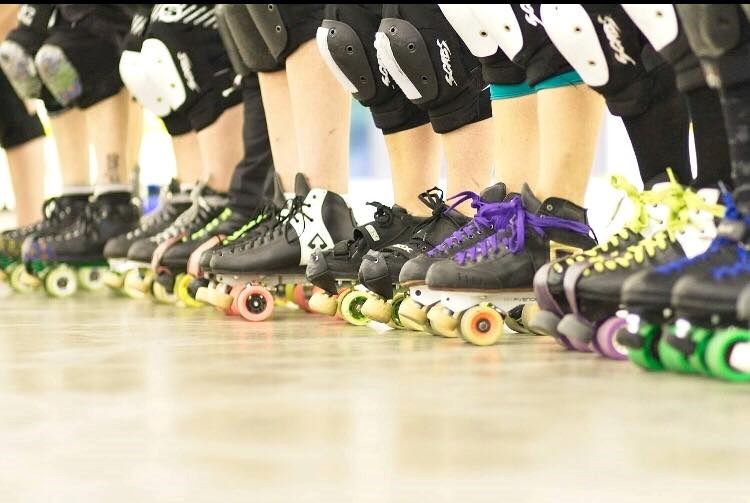 Bangers and Smash has introduced the sport of roller derby to many people in the past few years, but her latest batch of new recruits was one worth highlighting.

The coach of Tournament City Derby Diversified (TCDD), Bangers and Smash (who goes by Kerry Cardwell during work hours) just wrapped up the team's first adult "try it" session of the fall and was thrilled with the results.

"I'm excited about the turnout last night," she says. "Some seasons, it's just like, 'Holy crap! Does everyone know what they're doing?' This year we just have a really athletic turnout, so it should make for an interesting season in 2019."

A crop of 10 new skaters gave the sport a shot Wednesday night (Oct. 10) at the team's free try it session in Westsyde. The co-ed gathering was open to all and encouraged anyone curious about the sport to swap out their shoes for roller skates.

"It's not tryouts, it's try-its. I don't want people to feel like they have to come and perform. If you clean the floor all night, that's alright, we'll clap for you," says Cardwell.

For those who enjoy roller derby, they're invited to partake in the Fresh Meat training sessions over the winter, before joining the competitive team next spring. As Cardwell pointed out to those in attendance last night, if all of them sign up this year, they'd basically make up an entire roster on their own.

Of course, getting to next season does require work. Fresh Meat is 16, once-a-week sessions that cover all the basics of skating, before getting into the rules of roller derby and blocking techniques. At the end, if an individual can pass a skills test and a written test (that covers some basic derby terminology), then they're safe for contact and can join the team.

And, as Cardwell says, virtually anyone of any physical ability can join if they're willing to work at it.

"We're like the land of misfit toys," she says. "We're all those people who either didn't play any sports in life or they were sporty and fell out of love with traditional sports. It's always a really mixed bag. I never know if you're a hockey player or a housewife."

TCDD will host one more adult try it session next Wednesday, Oct. 17 at 7:15 p.m. at the Westsyde Neighbourhood Centre. Equipment is free, but participants must bring their own helmet and mouth guard.

After that, they'll hold adult Fresh Meat sessions at the same time every week. Fresh Meat is $200 to join and another $25 covers equipment rentals.

"People should just come and try it," says Cardwell. "I know that it sounds really scary; yes, it's a full-contact sport, but it's no more dangerous than going to play hockey, playing volleyball, playing basketball. It's a really all-inclusive, accepting community and you'll have instant friends and family all over the world. We're an international sport now. ... You get stuck somewhere in California, you can just post on their derby page and you'll have friends."

There is also a Fresh Meat session for juniors on Fridays, which currently has eight weeks remaining. To learn more about all the sessions, click HERE.