How long will the smoke stick around? 'Hard to say,' according to Environment Canada

The smoke has resulted in cooler temperatures as less sunlight makes it to the ground
0
Aug 14, 2018 1:58 PM By: Brendan Kergin 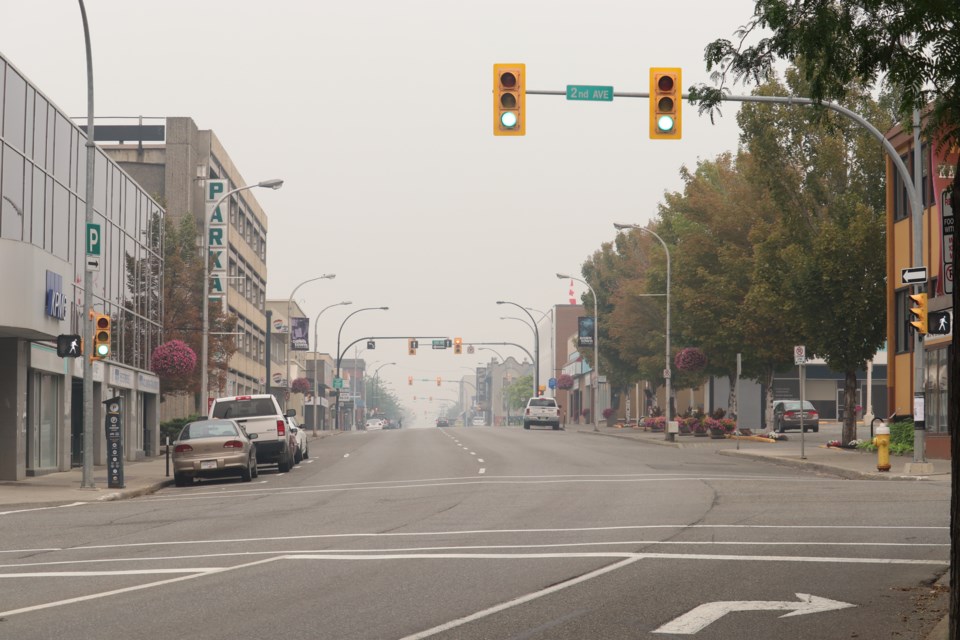 As Kamloops goes through another week of heavy smoke cover there is one silver lining, arguably.

Environment Canada meteorologist Armel Castellan says there's a reason for the cooler temperatures, and it's the obvious one – less sunlight is making it to the ground.

"Yesterday, we were probably three or four degrees off the predicted high," he tells KamloopsMatters.

While cooler days are the biggest change due to the smoke, other than air quality, the smoke is having other effects. A more minor change is the air flow in the region.

Castellan says right now it probably isn't having any significant impact on weather behaviour, especially due to the stagnant air situation currently around the city, but it could if the situation were different and the area was on the cusp of a thunderstorm.

"There is a very real change in how the atmosphere behaves depending on the solar input," he says. "But the impact of the smoke in regards to air circulation is relatively minor."

The smoke is also causing issues for the meteorologists themselves, he adds. With very fine variations of smoke density, thickness and wind in the different regions, and smoke coming from all sorts of different places, he says it's difficult to predict an accurate temperature, even with supercomputers, weather balloons and airplanes dealing with data.

"It's hard to say how much smoke will affect a region on any given day," he says.

For now, the situation in Kamloops is likely to stay the same for the foreseeable future, with the wind potentially bringing some respite this weekend, but not much and not permanent.

"We're seeing not very strong winds and (they're) not winds that are mixing smoke into higher parts of the atmosphere," says Castellan. "Regardless the direction of the wind, there are fires in all quadrants."

He adds that smoke from Siberia and California is likely mixing in with all the B.C. smoke, meaning there aren't many directions for fresh air to arrive from.

Historically, he notes volcanoes have had an impact on atmospheric conditions due to the height ash reaches, making its way into the jet stream. Smoke doesn't get that far.

"Generally speaking, fires don't penetrate into the stratosphere," he says.

"The take-home message is the pattern isn't going to change," he says. "We can expect that the conditions are still ripe for them to continue."