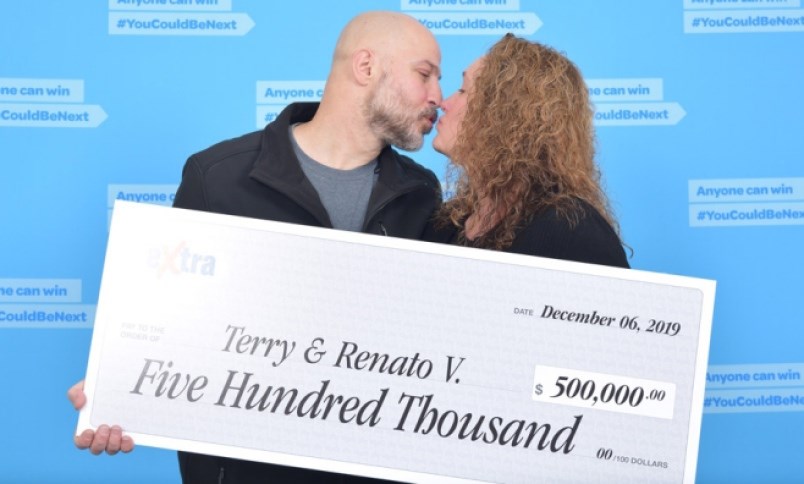 A North Burnaby couple has an extra half-million dollars to work with this Christmas after a big Lotto 6/49 win last month.

Terry Lynne Vincelli couldn’t believe her eyes when she scanned a bunch of tickets she’d bought and one came up a $500,000 winner.

“I looked at the ticket and scanned it over again…and then I started crying,” she said in a B.C. Lottery Corporation press release.

Vincelli and her husband Renato had matched all four Extra numbers on a ticket they’d bought at the Centennial Town Pantry on East Hastings Street for the Nov. 6 draw.

Since finding out about their win, the Vincellis have been making a list of which dreams they plan to make come true, according to the release. Vincelli favours a family trip to Europe, while Renato is thinking of a new garage.

Vernon co-workers win $500,000
Oct 8, 2019 1:05 PM
Comments
We welcome your feedback and encourage you to share your thoughts on this story. We ask that you be respectful of others and their points of view, refrain from personal attacks and stay on topic. To learn about our commenting policies and how we moderate, please read our Community Guidelines.