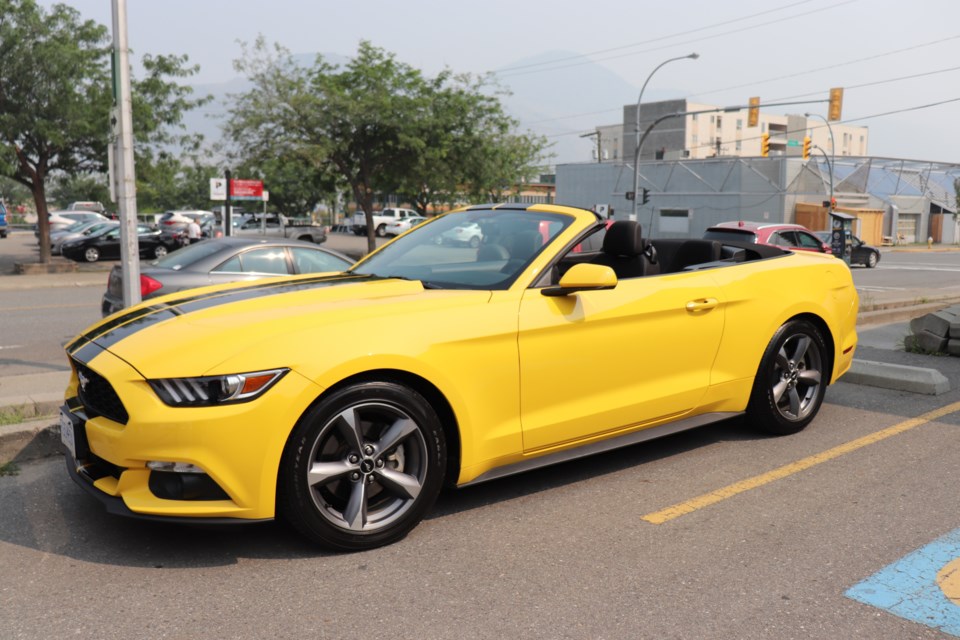 The last time Ron Tiessen owned a car was at least 12 years ago. He had to sell his '81 Pontiac Firebird because he had no place to park it.

That all changed on Wednesday (Aug. 15), when the Merritt resident got a call from Kamloops and District Crime Stoppers, notifying him he had won a yellow 2017 Ford Mustang convertible.

When he got the call, he thought it was a joke.

“I didn’t even know the draw was today, but a few friends kept telling me I was going to win, and I did.”

. @KamCrime about to give away a 2017 Ford Mustang convertible. 12,000 tickets sold in the sold-out raffle. Wish I bought a ticket! It’s a sweet ride. pic.twitter.com/QijEy1pE1w

He has never won anything in his life, he said, “maybe an apron one time.”

The ticket was one of 12,000 sold during this year’s sold-out car raffle, which has been running for the last 24 years.

At $5 a ticket, the non-profit raised $60,000. More than half of the money will go toward paying off the Mustang (worth around $36,000), and the rest will go back into the organization and the tip pool from which cash rewards are given.

The winner is Ron Tiessen of #Merritt. He wasn’t here to accept the car, so this is the phone call he got notifying him he had won (!). He thought it was a joke at first. Says he hasn’t owned a car in 12 years! #Kamloops pic.twitter.com/1o4yncb0G0

Raffle coordinator Betty Nelson suspects the colour of the car was a big draw to people this year.

Tiessen’s sister ended up purchasing the winning ticket on his behalf.

He said he’ll be letting her drive it home to Merritt.