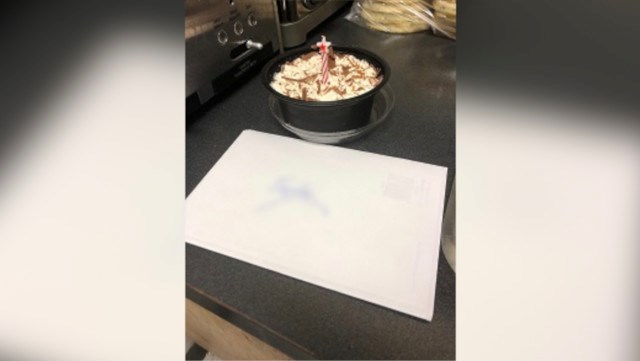 A Coquitlam teen with a troubled past and significant police history spent his 15th birthday in jail, but his transgressions didn't stop RCMP from recognizing his milestone.

Just after midnight when the young man turned 15, staff sergeant Paul Vadik walked into his cell to deliver a birthday cake.

He had made time throughout the weekend to talk to the teen about making good life choices and overcoming challenges.

"This kid's had a lot of struggle in his young life but kindness matters," Vadik said. "Hopefully my big-brother type talks with him will resonate."

Vadik said the cake and card were his way of ensuring the young man knew somebody cared.

"Obviously this isn't something we can do for everyone, but I want young people to understand that the police aren't their enemies," Vadik explained. "Any time that young guy wants to turn his life around, I'll be ready."