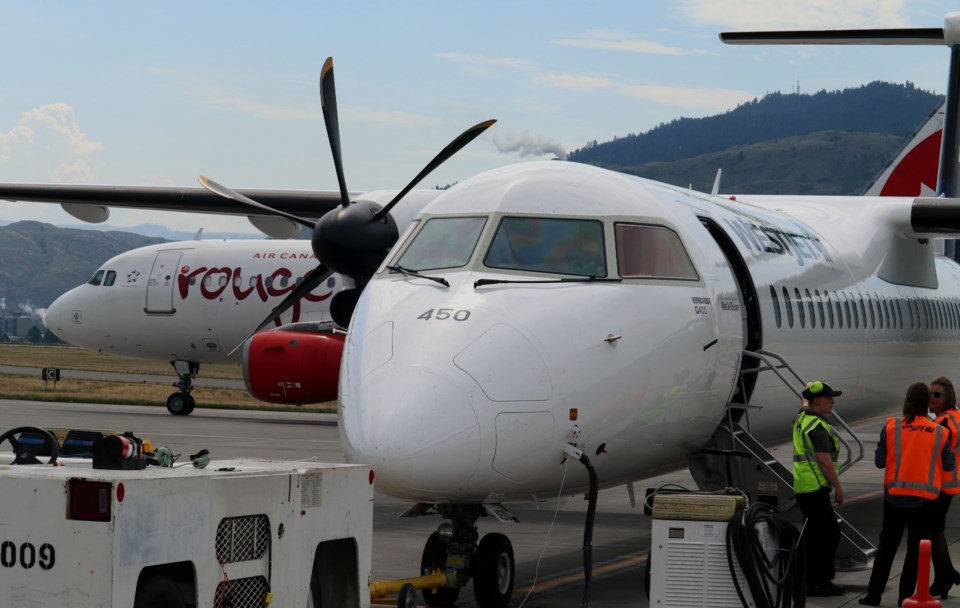 The Rouge flight passes a WestJet plane loading up. (via Brendan Kergin)

Kamloops Airport had another strong quarter, according to the latest numbers.

Ratuski notes the July 4 flight was booked at "near capacity."

"The forward bookings are looking really good. ... We're watching the numbers really closely. It was really positive to see," he says.

Kamloops Airport has also confirmed Air Canada Express will be providing additional frequency on its Vancouver route starting in October. In February 2018, the airline added more Bombardier Q-400 aircraft to its fleet and cut its Vancouver-to-Kamloops service from fives times a day to four times a day.

"They're reintroducing that fifth frequency to Vancouver to coincide with their winter schedule, so we're really excited that they're returning, adding that flight back into the mix," says Ratuski. "It just gives another travel option to making connections out of Vancouver."

Kamloops was host to six military jets over the weekend
May 27, 2019 1:35 PM
Comments
We welcome your feedback and encourage you to share your thoughts on this story. We ask that you be respectful of others and their points of view, refrain from personal attacks and stay on topic. To learn about our commenting policies and how we moderate, please read our Community Guidelines.