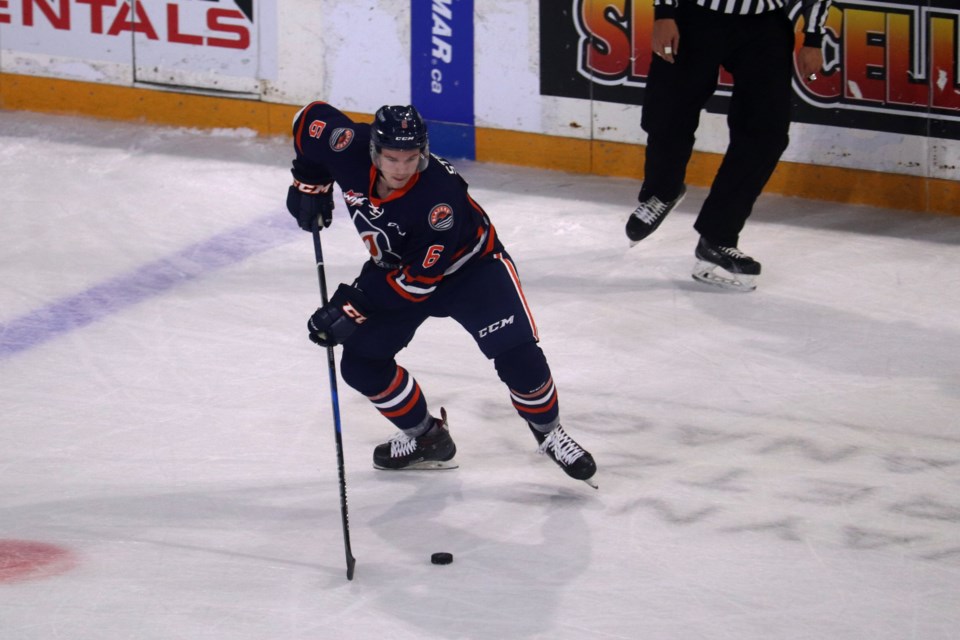 Blazers head coach Serge Lajoie wanted his team to show more discipline this year and Wednesday night's 7-3 loss to the Portland Winterhawks was a good example why.

Kamloops surrendered three power-play goals, including two in the first period, as Portland held a 6-1 lead at the game's halfway point.

Martin Lang scored his first Western Hockey League goal to get the Blazers on the board first, but the wheels fell off after that. Luke Zazula managed to get a goal back in the second period and Brodi Stuart scored one late in the third to make the final score a little more palatable.

Starting goalie Dylan Ferguson was yanked after 30 minutes, stopping 22 of 28 shots. In his first action of the year, backup goalie Dylan Garand stopped 14 of 15 shots.

Overall, Kamloops had six minor penalties on the night and successfully killed off just three.

Portland's scoring was spread out with Jake Gricius, Cody Glass, Brendan De Jong, Reece Newkirk, Joachim Blichfeld, Clay Hanus and Mason Mannek all finding the back of the net.

The Winterhawks will kick around town for a few days before the teams have a rematch, Friday night (Oct. 5) at the Sandman Centre at 7 p.m.