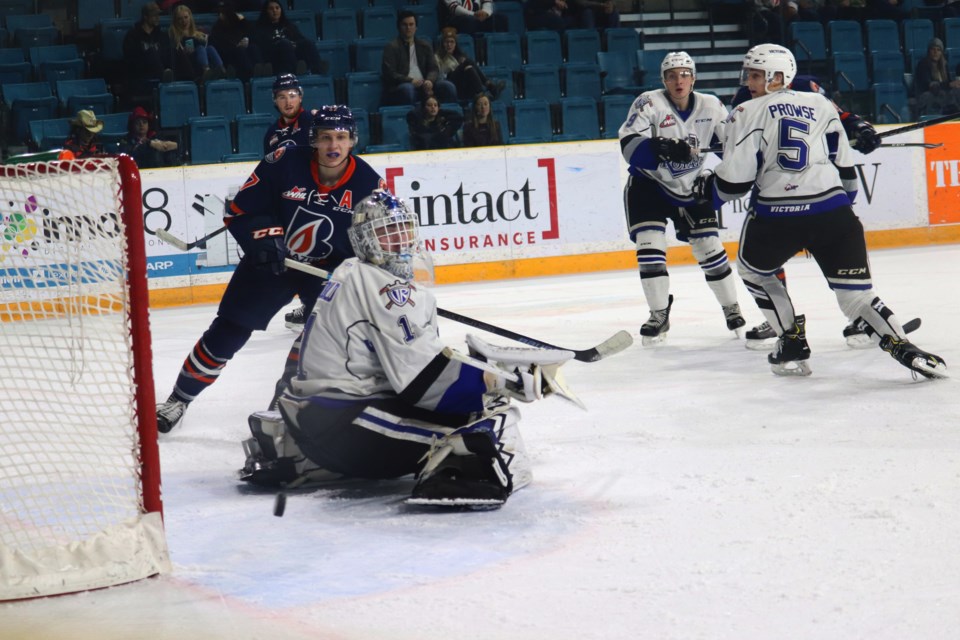 The Kamloops Blazers remained undefeated in the exhibition season after topping the Victoria Royals 6-4 this afternoon at the Langley Events Centre.

Brodi Stuart led the way, opening the scoring with a shorthanded goal and adding an assist.

Connor Zary, Riley Ginnell, Inaki Baragano, Jerzy Orchard and Reese Belton also found the back of the net as the Blazers raced out to a 6-0 lead. In total, 11 Blazers got their names on the scoresheet.

Victoria mounted a valiant comeback attempt in the third, with a pair of goals by River Fahey and one each by Riley Gannon and Tarun Fizer.

Dylan Garand played the entire game in net for Kamloops, turning away 28 of 32 shots.

The game (starting at the unusual time of 11 a.m.) was Kamloops' second of three in the Lower Mainland this weekend. They beat the Prince George Cougars 7-1 last night. They'll wrap up this preseason tournament tomorrow (Sept. 8) against the Vancouver Giants at 5 p.m.

In total, the Blazers have won their first four preseason games by a combined score of 27-9.

Kamloops opens the 2019-20 WHL regular season on Sept. 20, against the Spokane Chiefs.

Kamloops Blazers introduce new coaching staff
Jun 19, 2019 5:12 PM
Comments
We welcome your feedback and encourage you to share your thoughts on this story. We ask that you be respectful of others and their points of view, refrain from personal attacks and stay on topic. To learn about our commenting policies and how we moderate, please read our Community Guidelines.