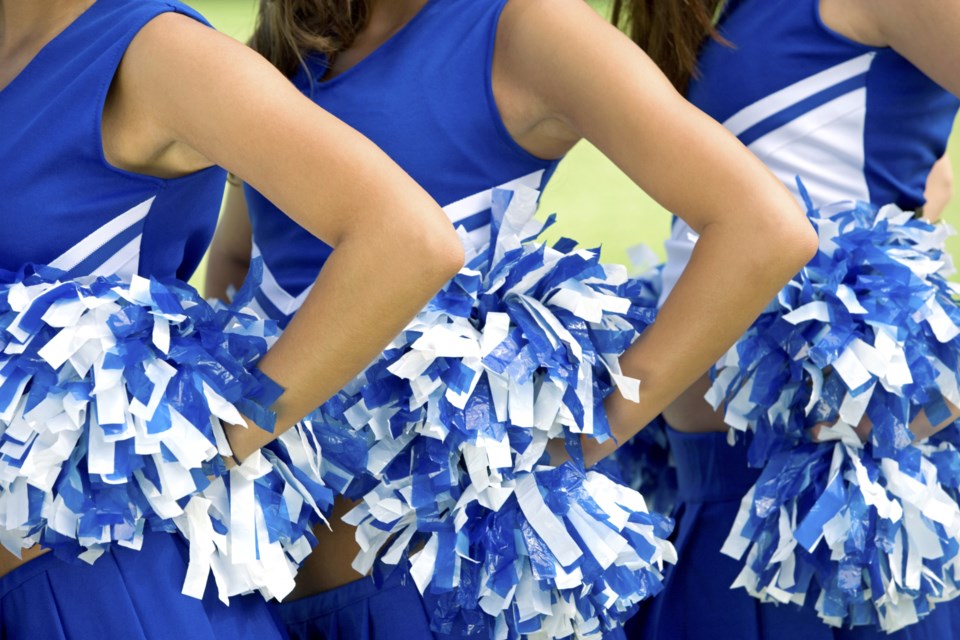 Ready? OK! The Kamloops Blazers are looking to bring the energy at their home games and they need some well-coordinated help.

For the first time in the history of the franchise, they're planning to form a cheerleading squad for their bigger events during the season. According to new ticketing and promotions coordinator David Hole, it was an idea that president Don Moores had considered in the past but had never taken shape until this year.

"It came up again in a meeting not too long ago," he says. "What we're trying to do is bring this group of people in to add to the energy to our nine major events this year. Big games, we're going to try and get these crowd leaders/cheerleaders out to spark up the energy more."

Conceivably, the first such big event would have been Mark Recchi night on Oct. 19, where the team will honour the former Blazer who went into the Hockey Hall of Fame in 2017. However, the call for cheerleaders was just put out today (Oct. 11), so there's no way a squad would be ready in time.

The next such event would be Military Appreciation Night on Nov. 9, but even that may be unachievable depending on what the response to the ad is like.

Ideally, Hole would like to have at least 10 to 12 individuals (ages 14 or older) in the group to start. It would be a volunteer position for this season, with all members getting free tickets to the eight or so games they're needed at this season. Beyond that commitment, there would be a few hours of basic training with Aly Bradford from Freeze Athletics.

The idea is to have the crew stationed at whichever end Kamloops is shooting on, so they can execute a choreographed dance after goals and lead "let's go Blazers" chants during breaks.

While some hockey traditionalists may scoff at the idea, Hole says they're just exploring ways to enhance the game-day experience.

"We're just trying to find new ways to liven up the energy in the building," he says. "The Edmonton Oilers do it, granted theirs is a bit different and they've been doing it for a lot longer, but it's just more to get a new aspect of energy in the building, get the people more excited and build more of an atmosphere."

Since the plan came together during the season, there are more elements that will be figured out during the offseason. Right now, the team is just putting out feelers to see what kind of response they get.

If you're interested in being a part of the squad, reach out to Hole via email.