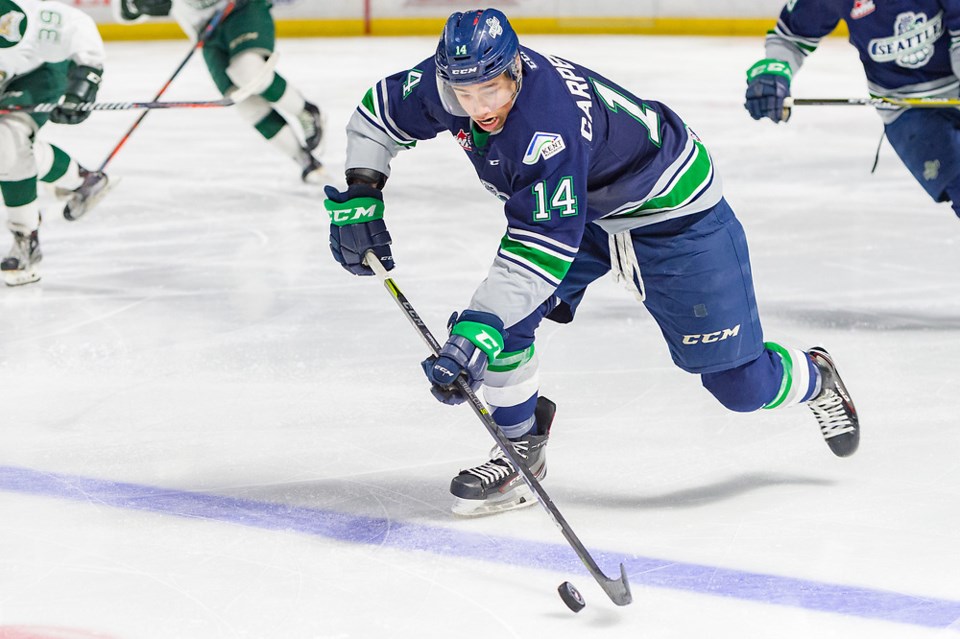 The Kamloops Blazers snuck in three more moves before the WHL trade deadline at 2 p.m. today (Jan. 10), acquiring some depth for what they're hoping is a long postseason run.

Kamloops added 19-year-old forward Tyler Carpendale to their roster, goalie Brett Balas to their system and added a 2020 sixth-round pick in a trio of trades, the team announced this afternoon.

Carpendale comes from Seattle in exchange for a conditional 2020 third-round pick for the WHL bantam draft. The 6’4” forward hasn't played this season due to injury but registered nine goals and 28 points in 87 career games with the Thunderbirds (including playoffs).

"Tyler is a player that caught our attention last season," says Matt Bardsley, Blazers general manager in a news release. "He will give us some additional size in our lineup and plays with good speed along with a heavy game. He is currently rehabbing an injury and will provide us with additional depth in our lineup as we hit the stretch run leading up to the playoffs."

That added depth to Kamloops' forwards will be helpful after they traded Martin Lang yesterday for defenceman Libor Zabransky.

The Blazers also brought in Balas from the Spokane Chiefs system for a 2021 ninth-round pick. He was recently signed by the Fernie Ghostriders of the KIJHL, but also has experience playing with Prince Albert and Spokane.

Finally, Kamloops dealt prospect Luke Rybinski to the Medicine Hat Tigers for a sixth-round pick in this year's draft. Rybinski was a seventh-round pick by the blazers back in 2018.

The Blazers are in action tonight when they host the rival Kelowna Rockets at the Sandman Centre at 7 p.m.

Kamloops Blazers grind out win over Giants to start 2020
Jan 3, 2020 10:40 PM
Comments
We welcome your feedback and encourage you to share your thoughts on this story. We ask that you be respectful of others and their points of view, refrain from personal attacks and stay on topic. To learn about our commenting policies and how we moderate, please read our Community Guidelines.