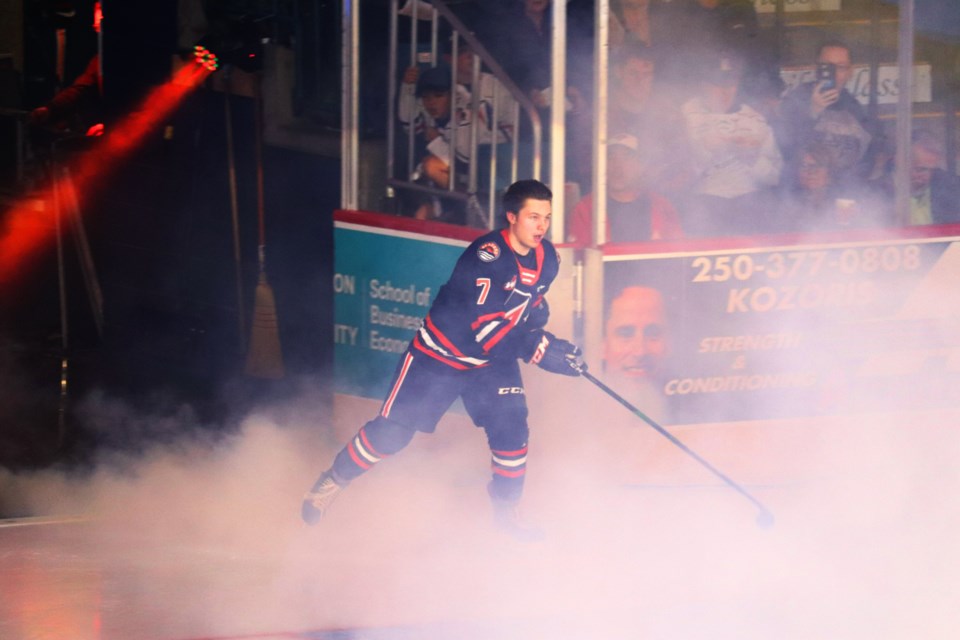 FILE PHOTO: Luke Zazula skates through the smoke for his introduction during a home game. (via Eric Thompson)

Once drafted by the Blazers, Luke Zazula is now being traded away for two draft picks.

The 19-year-old defenseman is being sent to the Tri-City Americans for draft picks in the second and third round of the 2021 WHL Bantam Draft, according to a press release from the team.

"Luke has been a Blazer since playing his first game as a 15-year-old, so it certainly wasn’t easy to make this move,” Blazer General Manager Matt Bardsley says in the release. “This will allow rookie defenseman Inaki Baragano and Ethan Brandwood to access more ice time while allowing Luke to be a key player in Tri-City."

Langley-born Zazula played 168 games dressed in the blue and orange, racking up nine goals and 43 assists during that time, including one of each this year.

"We wish him all the best in Tri-City and thank him for his contributions while with the Blazers organization,” Bardsley adds.