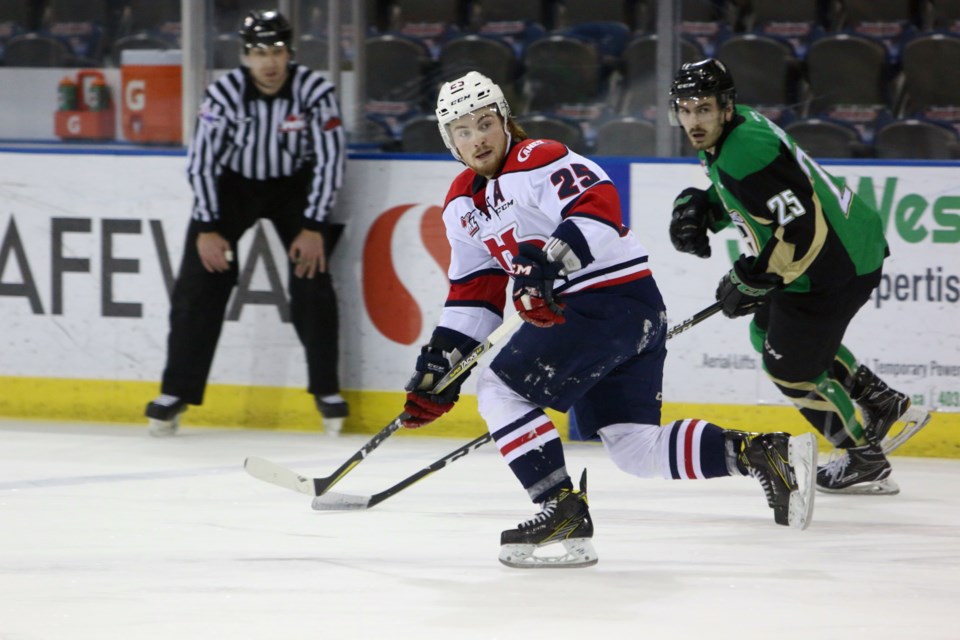 With all of the junior hockey world focused on Kamloops this week, new Blazers GM Matt Bardsley made his first splash, trading forward Jackson Shepard to the Lethbridge Hurricanes for forward Zane Franklin.

The Blazers will also receive a fourth-round pick in the 2020 WHL Draft in the trade.

Franklin comes to Kamloops after scoring 14 goals and 38 points in the regular season last year. He also added six more points in the post-season for a Lethbridge team that made it to the third round of the playoffs.

The 19-year-old was originally a second-round pick in the 2014 WHL Bantam Draft by the Hurricanes. He has played 137 WHL games and has scored 54 points.

“We are excited to add Zane to the Kamloops Blazers organization,” said Bardsley in a release from the team. “He is a highly competitive player with strong puck skills and a good sense for the game. He nearly tripled his point production last year from his 17-year-old season and he also brings 30 games of playoff experience, which will be important to our team this year. Along with Zane, we acquired a fourth-round pick in 2020 which will be valuable to us in the future.”

The 18-year-old Shepard played 115 games with the Blazers over the past two seasons and has 34 points over that stretch.

“It was not easy to move Jackson but to add a player like Zane and a draft pick means you have to be willing to part ways with a very quality player,” said Bardsley in the release. “We thank Jackson for his two years in Kamloops and wish him nothing but the best in Lethbridge.”

The Blazers start their preseason at the end of August.