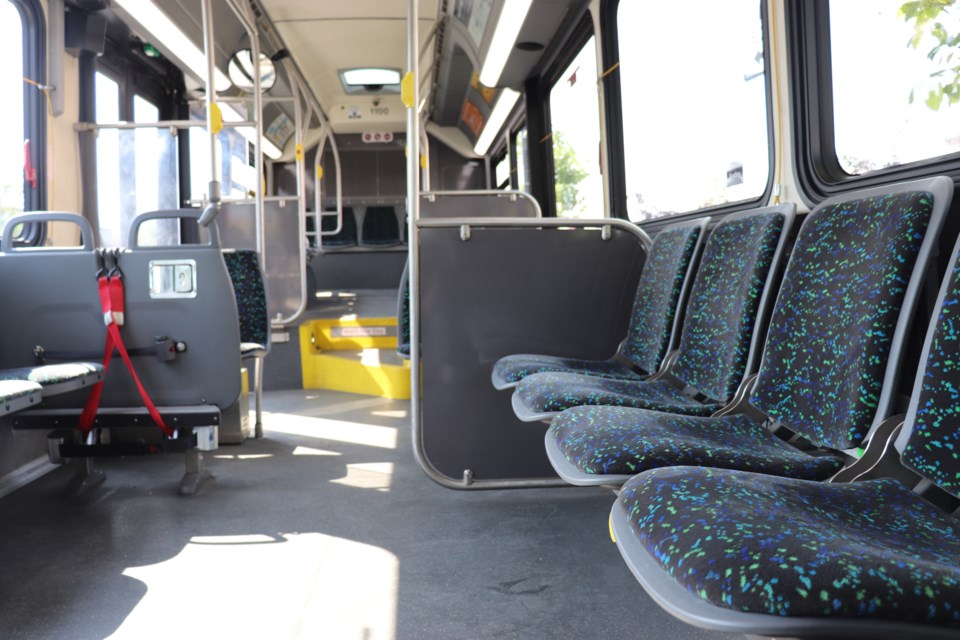 At Tuesday's council meeting, councillors expressed concerns with B.C. Transit's recommendations to do away with bus transfers. (via Brendan Kergin)

Proposed changes to Kamloops bus fares are going back to the drawing board after city councillors took issue with the discontinuation of transfers.

During Tuesday's council meeting (April 2), city staff and B.C. Transit representatives presented a report to council calling for changes to bus fares, and while councillors spoke in favour of most of the changes (like cutting the cost of monthly passes), getting rid of transfers was a step too far for many of them.

City administration recommended doing away with transfers while at the same time decreasing the cost of a day pass by $1 (to $4), and making day passes available for purchase on buses.

"Being a spread out community as we are, many routes require a transfer," Coun. Sadie Hunter said. "Taking away this option just seems to go against the direction we're trying to go in."

The changes were proposed to better align the local transit system with others in B.C. Transit as B.C. Transit moves away from the current paper transfer system due to what they call "abuse" of the system.

Better alignment with the central system would mean Kamloops stays near the top for updates to the transit system, as updates are rolled out city by city (Kamloops was one of the first communities in the province to get the public GPS system).

"So the whole smart bus implementation, the next phases of that is fare technology and how people actually purchase their fares," said City of Kamloops engineering manager Deven Matkowski.

Though it's unclear what that technology will look like, Kamloops will see changes to how fares are paid on buses in the next few years (though not in the next year).

Other parts of the proposed fare structure in Kamloops would see monthly passes drop by $3 or $4 (though TRU student passes would remain the same as that's part of a contract with the student union.)

B.C. Transit provided the fare suggestions as part of its best practices, according to the organization's sales and revenue manager Ryan Dennis.

"All decisions in regards to fares are at the discretion of the local government," he said.

B.C. Transit's recommendations are based on balancing accessible transportation with a sustainable funding model, added Dennis.

Council directed staff to work on a follow-up report that would offer a way of keeping transfers.

Matkowski said there's a second report in the works as well.

"There is a second report that is coming from staff about affordable transportation options, so it's like, how do you make transit more available to those people who can't access it now?" he said.

Both the new fare report and the affordable transit report are expected later this spring.

City wants locals to weigh in on future of Kamloops traffic and transit
Jan 8, 2019 11:02 AM
Comments
We welcome your feedback and encourage you to share your thoughts on this story. We ask that you be respectful of others and their points of view, refrain from personal attacks and stay on topic. To learn about our commenting policies and how we moderate, please read our Community Guidelines.