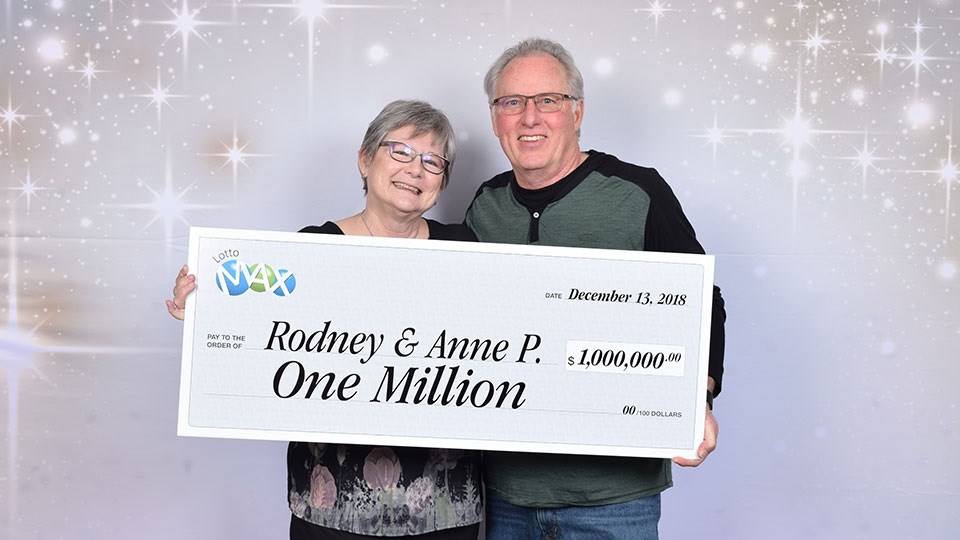 “We were at Save-On-Foods. I was picking up Chinese food and buying some lottery tickets for the week,” says Rodney in a press release. “I was just like, ‘Oh my God!’ I checked the ticket again, and then went to a different store to make sure it was real.”

Rodney then went home to tell his wife the good news. Initially, she thought something bad had happened.

“He looked like he crashed the truck,” she says in the release. “He was like, ‘I need to tell you something.’”

The local couple has no concrete plans on what they’ll do with the money.

“We just want to celebrate with family. We love to camp with our RV, so maybe a lot more of that next year,” says Rodney.

The winning ticket was bought at the Orchard Park Shopping Centre in Kelowna.

Rodney is one of 30 British Columbians to win a Lotto Max Maxmillions prize in 2018.

Don't stuff Scratch & Wins in your child's stocking or Christmas card: BCLC
Dec 12, 2018 2:57 PM
Comments
We welcome your feedback and encourage you to share your thoughts on this story. We ask that you be respectful of others and their points of view, refrain from personal attacks and stay on topic. To learn about our commenting policies and how we moderate, please read our Community Guidelines.