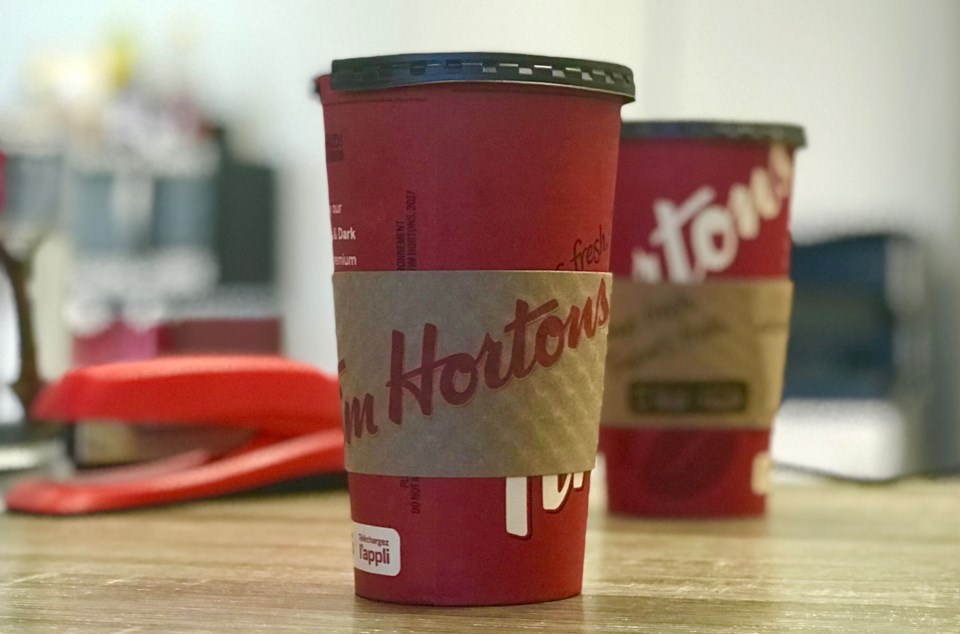 When Chilton Nystoruk took to Facebook Saturday afternoon (Jan. 26), he didn't intend for his post to go viral.

"I thought I was ranting to get some stuff off my chest," the 34-year-old West End resident tells KamloopsMatters. "With all the responses that I've seen; no one would think this is OK."

What wasn't OK was an incident at the Sahali Tim Hortons. Nystoruk, a regular at the restaurant, had been approached by a man at the drive-thru who asked for money. When Nystoruk said all he had was a debit card, the man asked for a sandwich, which Nystoruk agreed to.

However, when Nystoruk went to order the sandwich and said it was for the man, the Tim Hortons employee refused to sell him the sandwich. When a manager was brought into the conversation, Nystoruk was told he absolutely would not be sold the sandwich.

He says he understands a business needs to be protected to a certain extent when it comes to how panhandlers are dealt with. But when Nystoruk was told he wasn't allowed to help someone, a line was crossed, he says.

"When I was told I can't pass it, that's when the bell went off."

He says the owner of the Tim Hortons contacted him directly later on in the day to discuss the issue and apologize. The owner explained it was a miscommunication with his staff, according to Nystoruk, which led to a misinterpretation of policy. The owner said he had spoken to his employees about how to deal with similar situations in the future. (KamloopsMatters has reached out to Tim Hortons for comment and will update this story when we hear back.)

"I got contacted by the owner before I made a formal complaint," adds Nystoruk. "He did say he already spoke with all the employees and that the situation that occurred was not the way it was supposed to happen."

Now, the two are planning to meet to discuss things further.

Nystoruk says he's not looking for anything in return from the company; he just wants to make sure it's not going to happen again, adding he understands that businesses can be put in an awkward position when it comes to policies around panhandlers.

"I go there every day," he says. "I have seen a huge increase of panhandling there. I would understand the store had to do something about it."

At the same time, Nystoruk, pointing out he's not an advocate for the homeless, thinks there needs to be an understanding that those less fortunate have rights too.

Now that the incident has gone somewhat viral, he's hoping it'll have an overall positive impact on the community.

"If this helps people to donate to causes or even just taking the time to help an individual like I did, that'd be nice to see," he says. "I really am so glad there's overwhelming support."