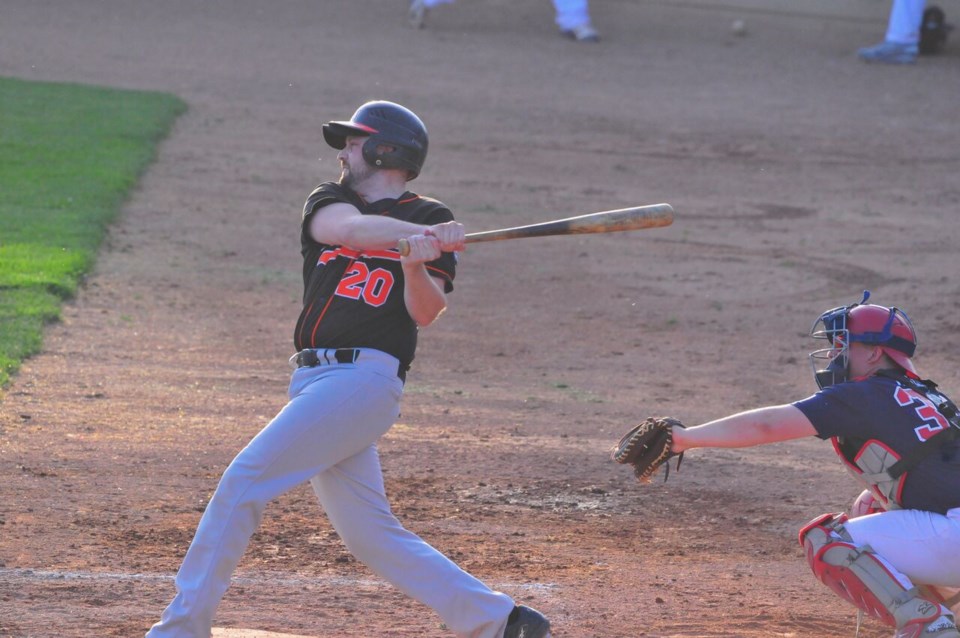 There's an added incentive to joining the Kamloops Senior Men's Baseball League this year; they will be sending one team to the inaugural Senior AA - Open Division - Provincial Championship this fall.

The odds of being on the qualifying team pretty good too. In fact, it's roughly a 50-50 chance.

Entering its third season, the recreational league still only has two teams, but despite that, they are seeing an increase in numbers and interest.

"It's a pretty solid two teams right now," says Tyler Carpentier, one of the league's players as well as an organizer. "In years past we had to scramble to get two teams on a regular basis, but it's starting to stabilize quite a bit. We're also expecting to play some exhibition games against the RiverDogs. We played a few games against them last year, as well."

Carpentier admits it had been tough to rally support for the league in the past. When people hear hardball, they associate it with hardcore players. But this league has a wide range of players, both in age and skill level. Some players are as young as 16 and as old as 60, some are fresh out of playing college ball while others have never picked up a bat.

"In our first year, we had one guy who was a student at TRU from India and he had played cricket but had never played baseball," says Carpentier. "He couldn't find anyone here to play cricket with so he signed up to play baseball, no experience, no knowledge of the game, but he wanted to play. So a lot of guys here took him under their wing and taught him the fundamentals and he picked it up pretty quickly. So if somebody wants to learn, it's a good environment for that because there's a lot of experience out there and nobody is giving anyone a hard time at all. They all want people to learn."

All games are played at Norbrock Stadium, complete with the scoreboard and lights (when necessary).

As for the Senior Provincial Championship, it will be a held in North Vancouver on the Labour Day weekend. For its first year, the tournament will include three teams each from the North Shore Mens Baseball Association and Lower Mainland Baseball Association while the Vancouver Recreational Baseball League will send one team along with Kamloops. Carpentier says in the spirit of the tournament, the league isn't going to send an all-star team. Instead, whichever of the two squads that win the playoffs will go.

The league starts this week, on June 6 and runs until Aug 22. The cost is normally $150, but in a last push to get a few more players in, the league is offering an early bird discount of $30 for the season until Tuesday. Thanks to a partnership with Kamloops Minor Baseball, you can sign up on their website.