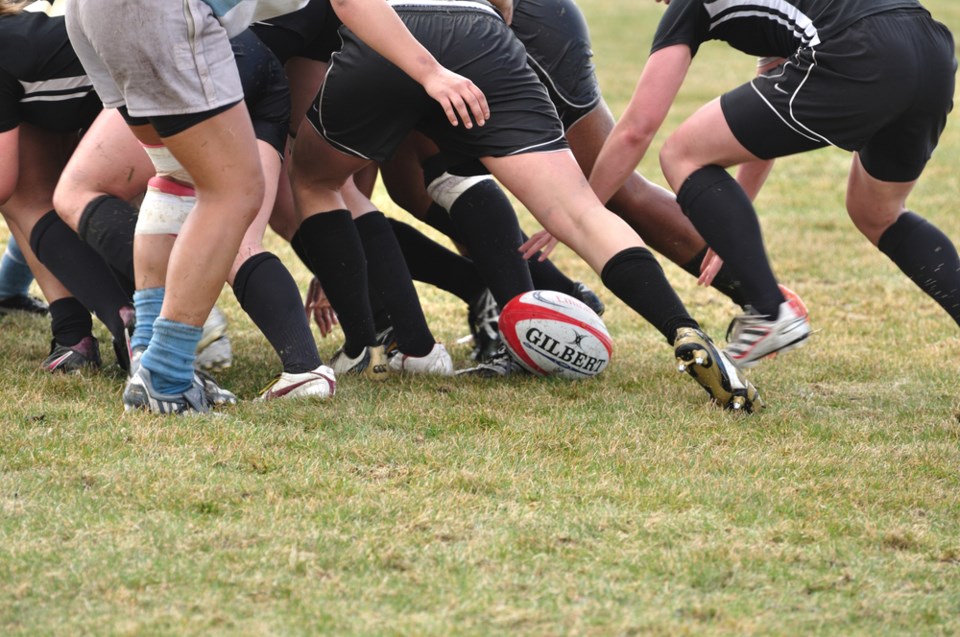 The Kamloops Rugby Club is hoping to launch a junior boys club rugby team this fall if they can attract enough interest from local teens.

Tuesday (Aug. 13) was the first step toward recruiting enough players for the upcoming season, as the club held a training and information night

"Obviously, we just need a big player commitment,"says Connor Shelton, a coach involved with the junior program. "We have a commitment from coaching staff and lots of commitment from the club. It's going to be from September to November and we basically need a committed group of 25-30 guys per team."

Ideally, the club will form an under-16 and under-19 team this fall and compete against club rugby teams in the Lower Mainland.

"There are no other teams in the Interior and that's the struggle that we have," says Shelton. "We're only going to have a couple home games, but most of it we'll be traveling to the coast."

When the rugby club moved out to Rayleigh near the start of decade, the junior program suffered, because it was hard for kids to make the trip out that way. After relocating to Exhibition Park in 2016, slowly the program has been building back up.

But while the juniors have been getting lots of practice in over the past few years, their only games against out of town opponents have come when touring European teams stop by or through the annual Kamloops Sevens tournament in October.

Shelton hopes they can change that this year. He says the club will be sending a team to a Rugby 10s game in Langley around Sept. 15 and they'll have to make a decision on whether they can play in the league around that same time.

Even if they can't get a club team together this year, Shelton says the junior program is still a great experience.

Registration costs $225, which covers field rentals, refs and insurance. Shelton says the only equipment players need are shorts, socks and cleats (even soccer cleats will do).

The club will host another junior registration night next week on Aug. 20, starting at 5:30 p.m. at their 1031 Lorne St. location.

You can also reach out by email or social media for more info.