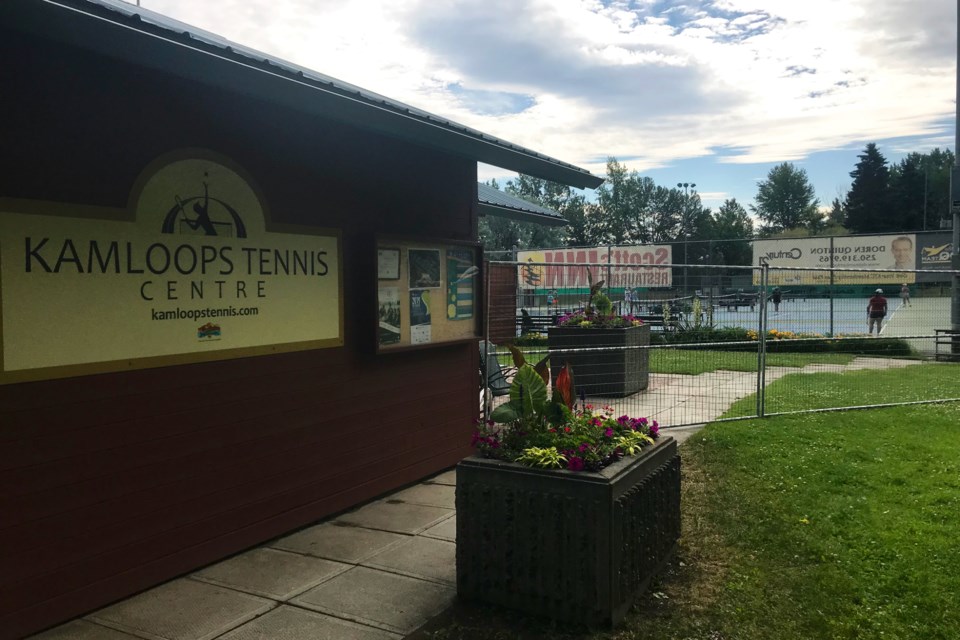 Kamloops will play host to the first International Tennis Federation Junior Circuit event in the Interior, starting this weekend at the local tennis centre.

Running from June 22 to 29, the week-long event will showcase some of the best under-18 tennis players in the world and some local talent as well.

Tournament director Kelly Hubbard says he's been applying to host an event on the tour for years and a spot finally opened up this summer.

"We always tell Tennis Canada we're ready to host, but it's been three, four, five years, maybe longer and we just don't get it," says Hubbard. "It's kind of out of the way here, it's three hours from Vancouver and it's tough for players to get here in some senses so you have to twist some screws to get it to happen."

The ITF Junior Circuit hosts over 300 tournaments in over 110 countries around the world each year, but with its first event coming to the area, Hubbard says many younger players can see what the highest level of tennis looks like.

"It's right here in (our) backyard so our juniors can just come down and have a look and I presume they'll be shocked because the level is very high," he says. "It will either make them want to train harder or make them go, 'No. That's not for me, I'll just play social tennis.' Which is fine too."

He's received calls from people in Barriere, Savona, Vernon and Salmon Arm that want to swing by and check it out.

Along with top B.C. players Luka Vukovic and Leena Bennetto, the tournament will also have three Kamloops kids in the mix. Justin Friesen, 16, and Paige Grice, 16, will be a part of the 64-player main draw, while Thomas Friesen, 14, will need to win in qualifying matches this weekend.

All three compete in events around B.C. and even in the U.S. but they haven't gotten a world ranking yet.

"They're all really good, I'm not sure how they'll take to this pressure and the stress of playing in their hometown and this type of atmosphere but it will be a good challenge for them for sure," says Hubbard. 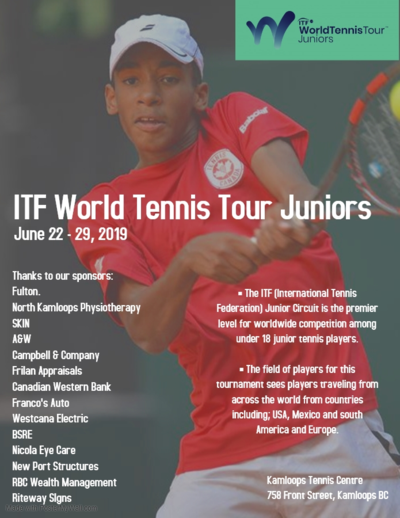 (via Contributed)
In total, over 100 players are expected to compete from nations like the United States, Mexico, India, China and more.

The qualifying matches run this weekend (June 22 and 23) and the main draw begins Monday (June 24). Barring severe weather delays, the semifinals are set for next Friday (June 28) and the finals will go Saturday morning (June 29).

Daily matches start at 9 a.m. and wrap up anytime between 5 and 7 p.m.

There is no cost to attend.

Kamloopsians take to the streets for Coldest Night of the Year
Feb 20, 2020 4:40 PM
Comments
We welcome your feedback and encourage you to share your thoughts on this story. We ask that you be respectful of others and their points of view, refrain from personal attacks and stay on topic. To learn about our commenting policies and how we moderate, please read our Community Guidelines.