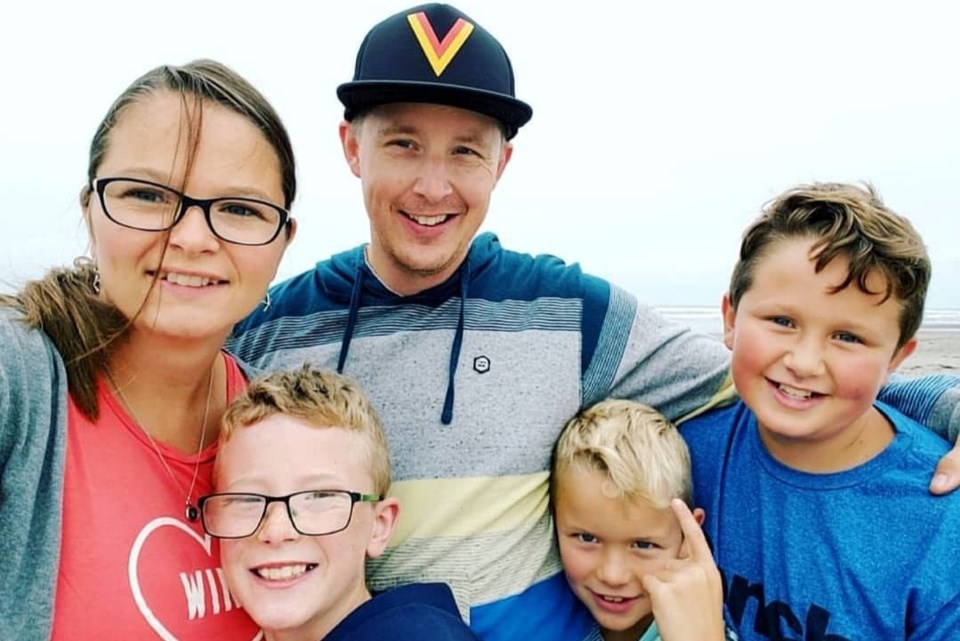 Julie Dodds, her husband Allan and their sons Eli, Finn and Milo. (via Contributed)

A Kamloops woman took to social media this week with a request far beyond the typical desire for restaurant recommendations or need to sell an old barbecue.

Julie Dodds is asking her family, friends and anyone else she knows for a kidney.

"Relying on not only friends and family, but possibly strangers, to have a good quality of life, is scary," says Dodds. "But it seems like everybody is stepping up, which makes you feel amazing. It makes you feel very loved."

The mother-of-three has always known there was a good possibility she had a genetic disorder that affects her kidneys. Roughly half of her father's side of the family had it, including her dad. He eventually passed from the disorder in 2011, but even then doctors weren't certain what it was, thinking he may have suffered from polycystic kidney disease.

It wasn't until 2015, when Dodds was officially diagnosed with medullary cystic kidney disease type 1 (MCKD1).

"This is new, knowing exactly what it is," she says. "The good thing about (MCKD1) is that — lots of kidney diseases you end up with proteins and stuff in your blood because your kidneys themselves aren't working well — ours is like an overproduction of mucus and it basically is clogging up the works. So the parts that are working, are still working perfectly. It's a slow decline."

Because it's so gradual, Dodds doesn't notice any major changes. She has less energy and high blood pressure, but other than that, she's still managing to live her life. But things got real after an appointment in March.

Dodds found out her glomerular filtration rate (GFR) — a metric for kidney function — had dipped to 25, signifying her disease was in Stage 4. A normal kidney has a GFR above 60.

Once the disease reaches Stage 5, she will need to go on dialysis. Only then will Dodds be put on the list for a kidney donation from a deceased individual. And it can take years to receive an organ this way. As of July 31, there were 589 people in the province waiting for a kidney transplant from a deceased donor.

Not only will a living donor eliminate a lot waiting and worry for Dodds, but it will also greatly improve her odds at a longer, healthier life. 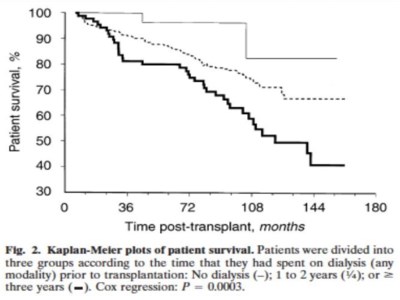 Thus, Dodds has begun her search for a living donor. First, she went through a variety of tests at St. Paul's Hospital in Vancouver, so they could build her a profile.

"They said it can take a long time to A) find someone who is willing and B) do the testing to find out if they match, and things can change anywhere along the way of that process, so you should start looking now," says Dodds.

She went through a bunch of pre-testing to develop a profile, which was then sent to St. Paul's Hospital, one of two adult kidney transplant centres in the province.

With her profile now registered, people can begin getting tested to see if they're a possible donor match. They will need to have the same blood type as Dodds, Type O (it doesn't matter if it's positive or negative).

The next step for Dodds was putting the call out to see who was interested. The response was incredible.

"It's been amazing to feel everybody's love and support, not only from my friends and family, who you kind of expect it from, you can anticipate that that would be their reaction. There have been strangers and family members of friends who I haven't spoken to in ages that have contacted me," she tells KamloopsMatters. "My very first message was from somebody I went to high school with and he's already called to register. I haven't seen him in 20 years. It's very overwhelming, in such a good way."

It can take almost a year for testing to conclude that someone is a match. Dodds has heard she needs about 10 to12 people to come forward in hopes of having a good match.

"It has had a way bigger response than I expected, which is fantastic. Knowing that (organ donating) is becoming more normalized, means so much. This is going to be my kids' problem in a couple of decades. I've got three, there's no way that somebody doesn't have it."

To inquire about possibly donating, call the St. Paul's Hospital at 604-806-9027 and say you're testing to match Julie Dodds.

You can also visit the B.C. Transplant website for more information.

'Not where I thought I was going to be when I was 50:' Kamloops man wins big at Canada Transplant Games
Jul 19, 2018 4:45 PM
Comments
We welcome your feedback and encourage you to share your thoughts on this story. We ask that you be respectful of others and their points of view, refrain from personal attacks and stay on topic. To learn about our commenting policies and how we moderate, please read our Community Guidelines.