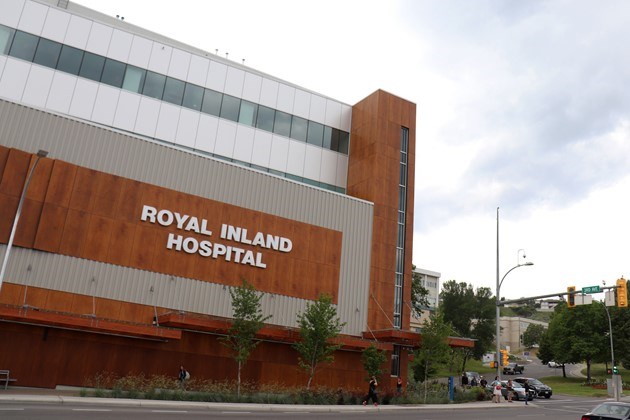 The program, a partnership between Interior Health and RCMP, launched in Kamloops in 2013. The only other city in the region to have Car 40 is Kelowna.

The initiative sees a psychiatric nurse accompany one or two Mounties in a police cruiser four days a week (Tuesday to Friday), from 8 a.m. to 6 p.m. They provide service and support to people who have mental health and substance issues. If there's an emergency after-hours, RCMP officers lean on a crisis team out of Royal Inland Hospital. The team operates the same way as Car 40 and will either go to the scene or meet the Mountie in the ER.

Ideally, Hamilton would like to see the program in every community in B.C. She'd also like it to be staffed 24/7.

"Mental health is simply not treated with the same compassion other health systems are and part of ending the stigma behind asking for help is providing adequate care for the citizens of our cities and country during the times of crisis," states her petition.

"Only a mental-health professional is trained to attend these emergencies with law enforcement. Programs like Car 40 could be the policy for our cities, towns and rural areas that are all affected by suicide and mental health, with your help."

Hamilton speaks from experience. She lost her husband Darrel to suicide three years ago in Salmon Arm.

In an interview with KamloopsMatters, she says she did not handle the situation "in the appropriate way."

"I’ve definitely learned that now and I don’t want another person to make the same mistakes that I made," she says. "By calling the police and only the police, and then not notifying or making someone go directly to the hospital where they could speak with a mental-health professional, the police are just not trained to deal with it. Myself and the police didn’t understand the total severity of it."

The couple did have open and honest conversations about mental health, Hamilton says, but she wasn't aware of how much he was struggling.

She notes she started the petition as a class assignment (she's enrolled in the bachelor of social work at Thompson Rivers University). The response so far has been positive, she says.

"I know it's well-utilized," Mochizuki says of the program. "I think we’ve had a fairly stable referral to the program since that time. There have been various times during the course of a year where things go up or down, but we’ve been pretty steady. We haven’t noticed any real significant increases in a need for Car 40, according to the numbers that I’m hearing about on a daily basis."

When asked about expanding Car 40 to provide 24/7 support, Mochizuki says "the numbers just don't support that type of service."

"My heart really goes out to Elisha because I understand that all crises don’t happen in daytime hours, I really do get that. Yet, it’s still when we actually see the most amount of numbers. When we look at how we allocate resources and where we do that, we have to make really critical decisions about doing that."

If Hamilton reaches 1,000 signatures, she plans to either get one of the local MLAs to take it to the spring session or present it to the health minister herself.

Kamloops YMCA to receive $10K donation from Bell for mental-health class
Jan 13, 2020 8:35 AM
Comments
We welcome your feedback and encourage you to share your thoughts on this story. We ask that you be respectful of others and their points of view, refrain from personal attacks and stay on topic. To learn about our commenting policies and how we moderate, please read our Community Guidelines.