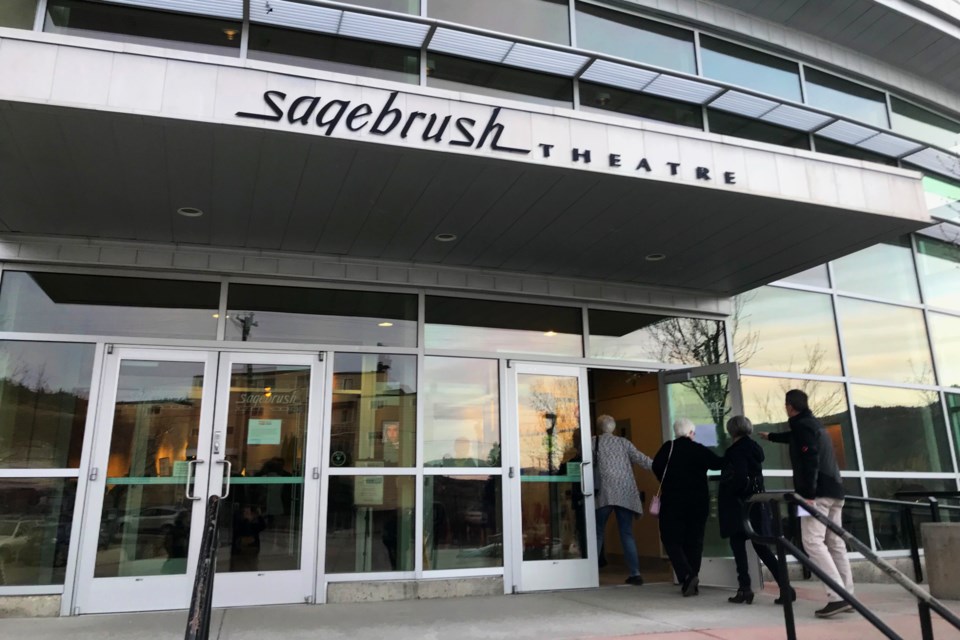 The Sagebrush Theatre. (via Brendan Kergin)

First of all, I would like to state I am neither an employee of Western Canada Theatre (WCT), or the Kamloops Symphony Orchestra (KSO), nor do I represent them or their opinion on the performing arts centre. I am an on-call technician employed by the Sagebrush Theatre which is jointly owned and operated by the school district and the City of Kamloops. I have a full-time career outside of the theatre and work as a technician on my days off because I love everything about live performances.

When people argue that they cannot fill the Sagebrush Theatre as is, what they fail to realize is that it is not about capacity, it is about availability. There are arguments online based on misinformation that when the two biggest arts companies are not using the venue, that it remains an unused waste of space. What people fail to recognize is that the school district and city are entitled to a certain number of bookings a year. I have worked high school band shows, graduations, award ceremonies, rehearsals, all the bookings that are not publicly advertised because they are for parents, family members, and teachers who utilize the Sagebrush for the city and school district.

Between those two factions and the many other groups booking the venue, there is such a shortage of available dates to the point that WCT, KSO, dance schools, comedy, and touring shows, have to book the theatre a year to two years in advance. In addition to the groups noted above, there are many other non-profit organizations that are also fighting for the use of that space but have had to use other locations because of the lack of availability.

If you don’t want to vote for the PAC that is fine, but don’t use the argument that the Sagebrush Theatre is a “good enough” venue for Kamloops without educating yourself first. The space is too small for a lot of professional and most touring shows. I have seen shows come in who have had been unable to utilize all of their equipment due to the lack of space on stage that cannot accommodate their spectacular shows. Many groups have to simplify their shows in order to make them fit in our space just to make it look “good enough” for the audience. Kamloops doesn’t deserve just “good enough.” Kamloops deserves better.

I would also like to make a point that the Sagebrush Theatre is attached to a high school, the doors open up into the school's hallway and you can hear the bells ring from the audience as well as on stage. The sounds coming from the school are a distraction not only for the audience members but for the performers as well.

For those of you who think our current set up is enough, I encourage you to do a bit more research and go to the meetings that the city is offering and talk to the society about why Kamloops needs a new facility. I am not looking to sway votes, I am just asking for people to educate themselves before they argue purely for the sake that this was already voted no four years ago.

Take the time to talk to those in the arts community, who use the current venues, because there is always a side to the story that has not been seen or heard. Thank you.

North Shore business association supports the Kamloops performing arts centre
Jan 13, 2020 1:58 PM
Comments
We welcome your feedback and encourage you to share your thoughts on this story. We ask that you be respectful of others and their points of view, refrain from personal attacks and stay on topic. To learn about our commenting policies and how we moderate, please read our Community Guidelines.