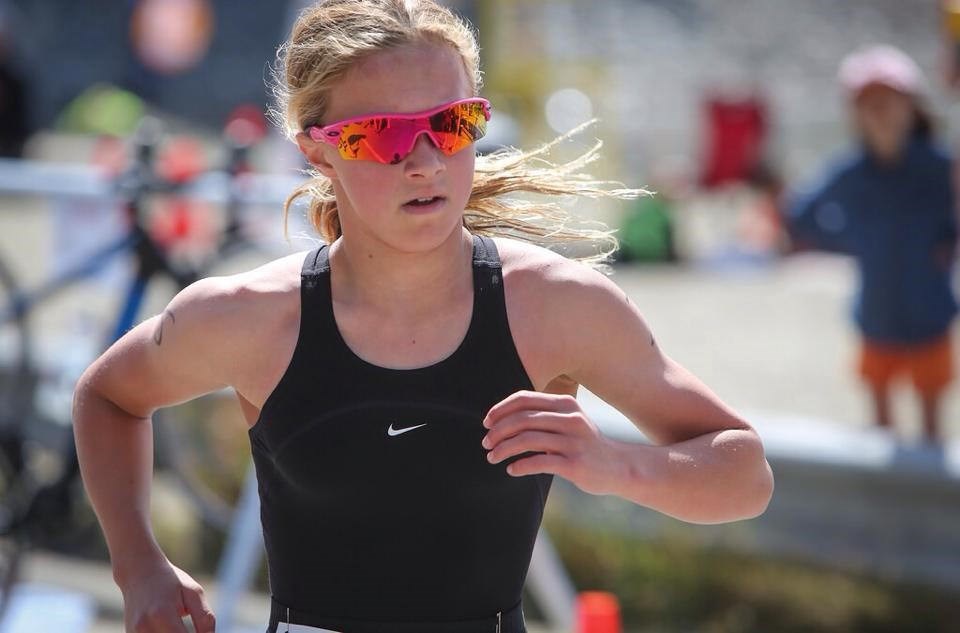 While Sophie Ogilvie has proven to be an athletic triple-threat, it will be running that she focuses on next year when she joins the Thompson Rivers University WolfPack cross country team.

A graduate of South Kamloops Secondary, Ogilvie finished second in the provincial triathlon series in 2015-16 and was the U-16 girls’ national triathlon champion in 2014-15. Right out of the gate, her goal in the upcoming season is making the TRU travel team and going to the cross country U SPORTS nationals in Ontario.

“I chose TRU for its academic quality, pricing and location," said Ogilvie in a release from TRU's sports information department. "Staying close to home is important to me and racing locally will help inspire younger athletes to join the WolfPack cross country team.”

She also has a familial connection with the university, as her older brother Josh Ogilvie, ran with the WolfPack last year.

“He told me about the team’s practices last year and what a fun and enjoyable time he had at nationals and other races. He’s the best training partner that anyone could ask for,” she said in the release.

Ogilvie has experience working out with head coach Carmin Mazzotta at the Kamloops Track and Field Club. She was excited about his "willingness to kick everyone’s butts at practice, be a great coach and crack a good joke at the end of the day.”

“Sophie has been a dedicated triathlete for years and has been very successful in her sport,” said Mazzotta in the release. “It’s great news for our program that she has decided to run for us this fall. I’m very interested to see how she progresses and to work with her.”

Ogilive will also be joined on the team by classmate Calum Carrigan, who committed to the WolfPack back in April. Carrigan also ran with the Kamloops Track and Field Club.