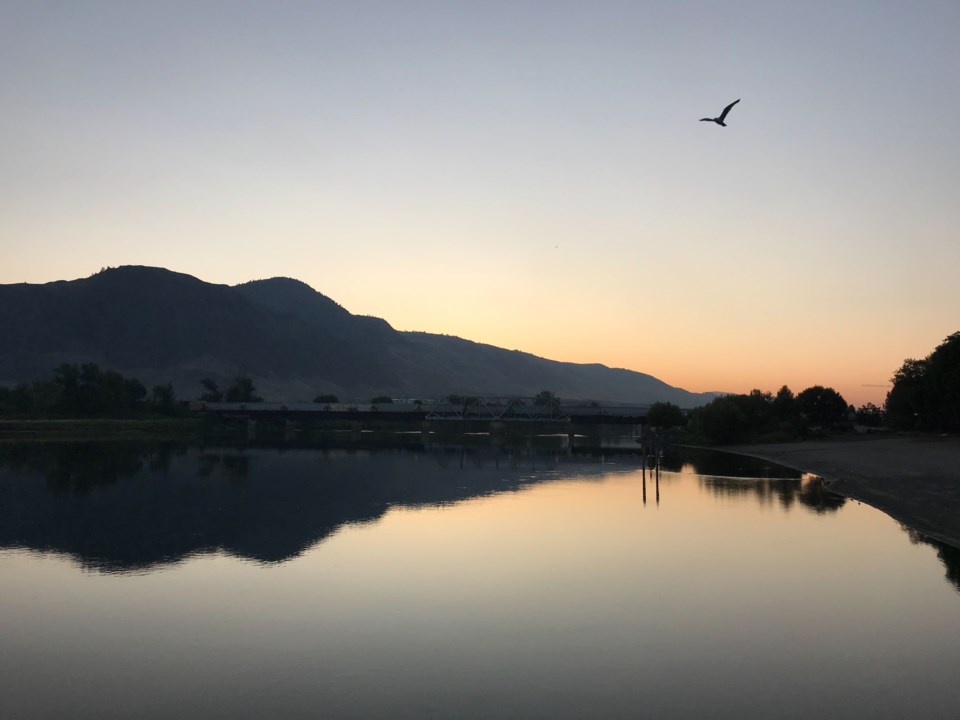 An August morning. (via Brendan Kergin)

It may not be news to locals, but it's nice to get some recognition.

Kamloops' weather is some of the best in the country, according to Maclean's Magazine. Third best, to be precise.

The national publication also ranked Kamloops 57th overall, out of 415 Canadian cities across all the provinces (but not the territories). Using 10 different categories to compile the rankings, the magazine listed each city's strengths.

In Kamloops, the pros are the weather, taxes and the commute. On the Maclean's website, the magazine allows you to change the weight of each category, and if you crank up the categories Kamloops did well in, it does make the top 10. In general B.C.'s Interior dominates the weather category.

Kamloops also did well in other categories, like 20th in "housing affordability," 47th for "new Canadians to come to" and 38th in "places to retire." It didn't rank in the top 100 for the richest, best for families, best healthcare or fastest-growing.

Salmon Arm was ranked sixth overall, thanks in a big part to its taxes and economy. West Kelowna also did extremely well, ranking 12th overall, and Nelson also cracked the top 20 at 18th overall. Regular Kelowna, along with Terrace, Summerland and Cranbrook also beat Kamloops (when it comes to towns not next to the ocean), along with a handful of communities around Victoria.

Out of all of B.C., Langley was the lowest-ranked community, at 366.

Across the country, Maclean's rankings put Ontario on a pedestal. Burlington took top spot, followed by Grimsby, Ottawa, Oakville and New Tecumseth (all towns in Ontario). In fact, other than Salmon Arm, the rest of the top 10 are in Ontario. Also, only B.C. and Ontario towns are in the top 20, with 16 located in Ontario. Many of those rankings were due to amenities and low crime rates.

The article that goes with the rankings notes that a surprising number of the top spots went to smaller towns with populations under 40,000.

At the bottom of the table is Mountain View Country, a municipal district north of Calgary, followed by the two communities of St. Andrews and St. Clements, Man., a pair of neighbouring towns north of Winnipeg. In general, Maritime towns were over-represented in the bottom part of the table.

The full table can be found HERE, along with Maclean's methodology. 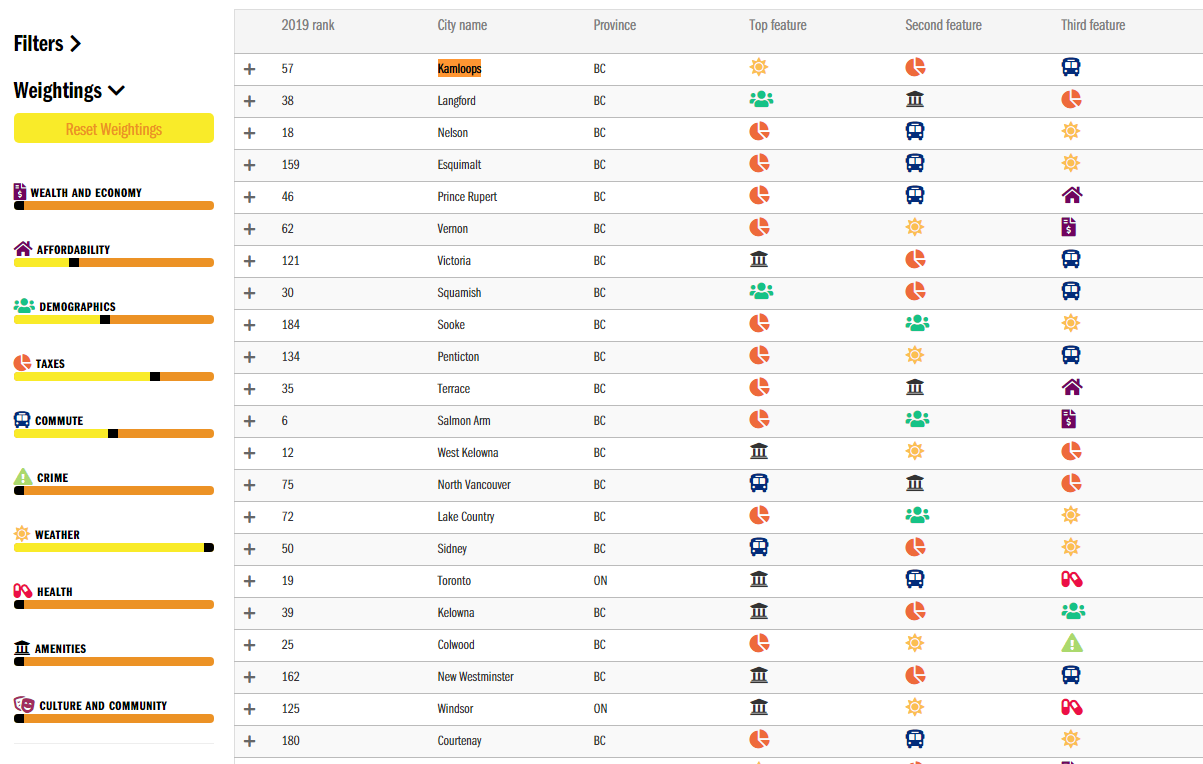 Kamloops is in the top spot if you weigh things just right. (via Maclean's Magazine)

This Kamloops prof breaks down the difference between climate and weather
Feb 21, 2019 8:32 AM
Comments
We welcome your feedback and encourage you to share your thoughts on this story. We ask that you be respectful of others and their points of view, refrain from personal attacks and stay on topic. To learn about our commenting policies and how we moderate, please read our Community Guidelines.