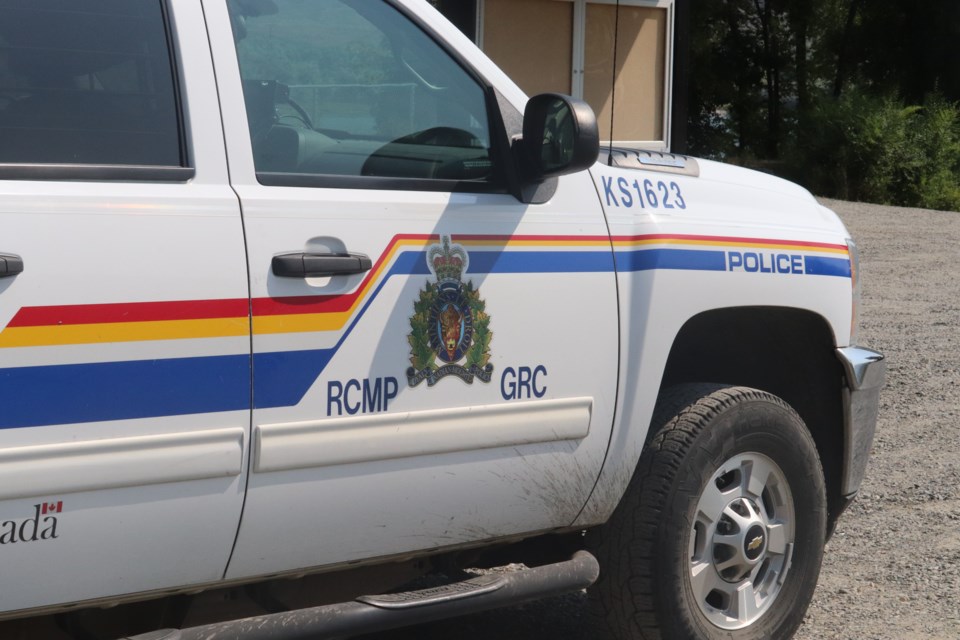 A man and woman are in police custody after Mounties caught up with them in a stolen pickup.

Staff Sgt. Mat Van Laer says the detachment was called at 11:10 a.m. today (Dec. 6) by someone claiming to be following a stolen truck. The caller said the pickup was last seen heading north on Criss Creek Road.

Mounties confirmed the truck was in fact stolen; the theft happened during the night of Dec. 4.

Officers were able to catch up to the vehicle, some 13 km up Criss Creek Road, where a 32-year-old man and a 32-year-old female were arrested.

"This was a very good response from our police officers today," Van Laer says in a news release. "Because of the risk to the public, we take theft of vehicle very seriously, and are very pleased to have made those arrests today."

The case has been forwarded to the Crown for consideration of charges.

Van Laer adds while police are thankful for the caller's report, they encourage people to leave it up to trained officers to follow people anywhere, as it can cause "a dangerous chain reaction to themselves and the public."

RCMP dealt with another case of a stolen vehicle later in the day.

UPDATE: Female suspect arrested in Chilliwack
Dec 6, 2019 9:40 PM
Comments
We welcome your feedback and encourage you to share your thoughts on this story. We ask that you be respectful of others and their points of view, refrain from personal attacks and stay on topic. To learn about our commenting policies and how we moderate, please read our Community Guidelines.