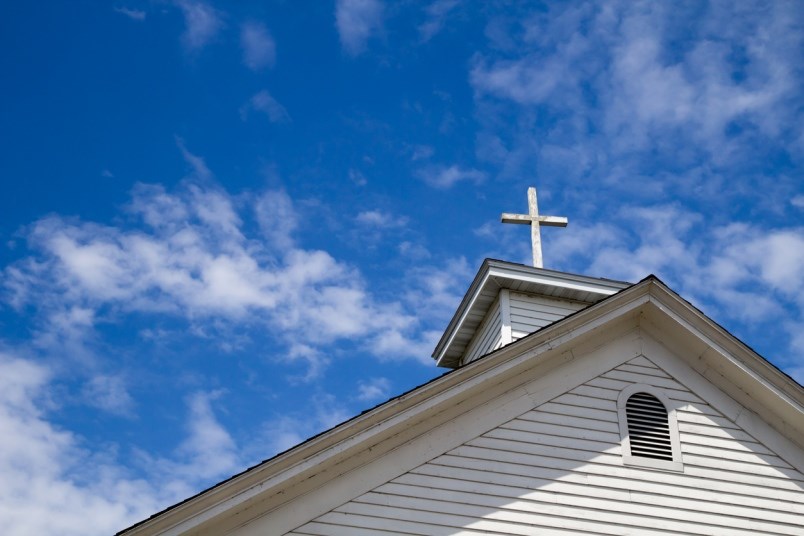 Throughout the course of this century, British Columbia has been the most irreligious province in Canada. In the 2001 national census, 35.1 per cent of British Columbians claimed to have no religion when they filed their forms. By 2011, the proportion rose significantly to 44.1 per cent.

We will need to wait at least a couple of years for a new official assessment from Statistics Canada. However, with Easter around the corner, it is a good time to take a look at the state of religion in British Columbia.

This month, Research Co. asked British Columbians about the existence or non-existence of God, their attendance to religious services and who or what they turn to when they face a time of need, concern or reflection.

Women are more likely to be convinced that God exists (43 per cent) than men (35 per cent). On a regional basis, strong belief in God is highest in Northern B.C. (50 per cent) and Southern B.C. (48 per cent) but drops markedly in Vancouver Island (36 per cent) and the Lower Mainland (34 per cent).

In spite of this high number of devotees, going to church every week is something that a tiny minority is currently doing. Two thirds of British Columbians (67 per cent) say they never attend religious services, other than weddings, baptisms or funerals.

The proportion of residents who choose not to participate in religious services is highest (70 per cent) among B.C. millennials (aged 18 to 34) and falls slightly (68 per cent) among those in generation X (ages 35 to 54). Among baby boomers (55 and over) it is 59 per cent.

Setting aside their views on the existence of a higher power or creator, British Columbians are finding different ways to deal with the big questions of life than their predecessors. The notion of a priest or pastor playing the role of a de facto analyst and counsellor is going out of style. The proportion of British Columbians who either confessed or sought advice from a religious figure is extremely low (two per cent, increasing to five per cent among those aged 55 and over).

There are larger proportions of British Columbians who are bouncing ideas off non-religious figures. More than one in 10 (11 per cent) visited a mental health professional, such as a psychiatrist or a psychologist and seven per cent visited a “life coach” to help identify personal goals.

When it comes to solace, meditation has overtaken prayer as a go-to tool for weary British Columbians. While one in four residents (24 per cent) say they prayed to God over the past 12 months (even though, as we have outlined, 61 per cent are strong or moderate believers), the proportion is slightly higher for meditation (27 per cent).

Those in the youngest adult age group are more likely to have meditated than prayed over the last year (31 per cent to 23 per cent), and a similar gap is observed with generation X (26 per cent to 21 per cent). British Columbians aged 55 and over are still favouring prayer (29 per cent) but meditation is closing in (26 per cent).

The survey shows that British Columbians are particularly eclectic and fussy when pondering spirituality. Most residents believe or tend to believe in God, but few make their way to the pews unless someone is getting married, was born or has died.

In addition, only one out of every 50 residents are still seeking advice from religious figures, with more solutions being sought from mental health professionals and “life coaches.” British Columbians appear to be losing their “organized” religion, but not necessarily their faith.

Canadians share uncensored opinions about bad manners
Mar 28, 2019 9:35 AM
Comments
We welcome your feedback and encourage you to share your thoughts on this story. We ask that you be respectful of others and their points of view, refrain from personal attacks and stay on topic. To learn about our commenting policies and how we moderate, please read our Community Guidelines.