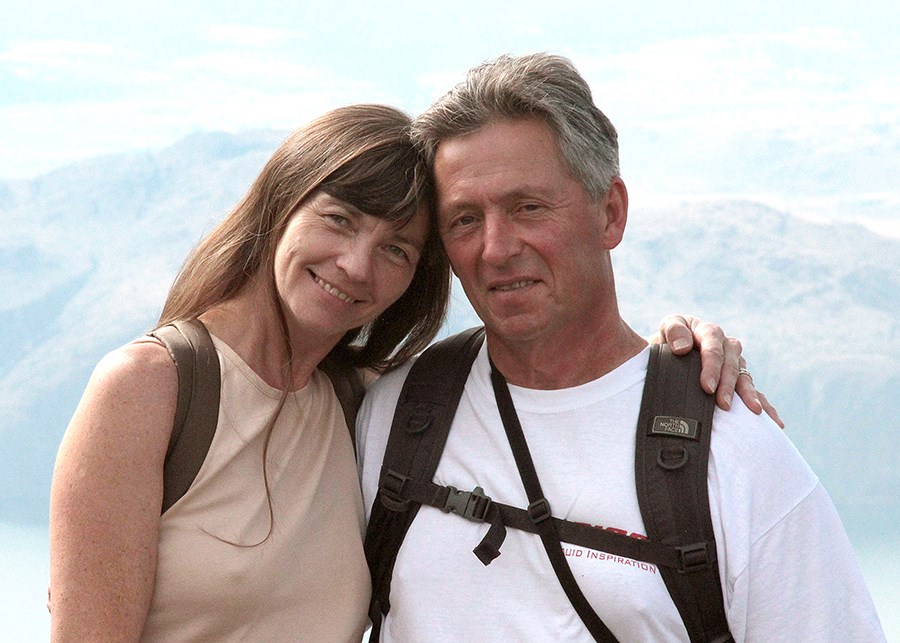 Mairi and Al Budreau. (via Contributed)

Hikers in Kamloops have a new, locally made guidebook to give them ideas of where to go.

Mairi Budreau and her husband, Al, have been collecting information for nearly a decade, but finally got it all into book form earlier this year.

Kamloops Backcountry Hikes was released on June 8, and on Saturday, June 16, the couple will have a book launch at Chapters to celebrate all their work.

"We'd been out hiking a lot prior to the idea coming to us," she tells KamloopsMatters. "The one or two books that were available were very outdated." 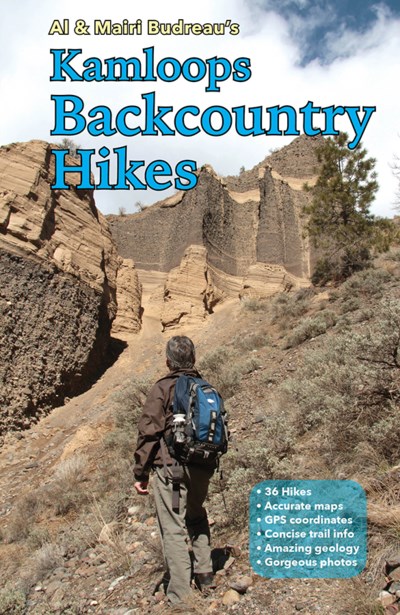 (via Contributed)
Having published a pair of books before, albeit on other subjects, Budreau says she asked the Chapters manager if it was something to pursue, and he told her "absolutely." From there, she and her husband, who was employed by a land surveyor, decided to accept the challenge.

"We started with our raw resources, which is ourselves," she says. "We'd go out most weekends and gather more information."

Over the years, they personally mapped out 36 backcountry trails in the area, all well under an hour away from the city. Budreau collected photos while Al collected GPS points.

"I translated it into digital format for printing," she says. "I drew all the maps on the computer."

They found some favourite spots, often in the Tranquille slot canyons area (Al's favourite spot is a hoodoo with a balancing rock on it, while Budreau appreciates being at the bottom of the canyons).

"I love the slot canyons," she says. "You look straight up and you see a sliver of the sky."

The trails range in difficulty and distance. The longest, a 14-kilometre hike one way, snakes its way south from Isobel Lake, while the shortest is only a few hundred yards, but intense (and has an odd name).

"The Pimple. You go on the Tranquille-Criss Creek Road and it overlooks the Tranquille canyon," she says. "It rises out of the Earth like a pimple."

While the hikes often have great view points, Budreau says people should take their trips a little slower. Her photography in Kamloops Backcountry Hikes reflects that, with shots not just of vistas, but also of creatures and details along the way.

"There's a thoroughness that's involved," she says. "There's so much that gets missed if we don't go slowly and observe what's around us."

The pair will be at the Kamloops Chapters (4-1395 Hillside Dr.) from 1 to 4 p.m. on Saturday. They'll also be at Atmosphere later this month, from June 28 to 30. For more information, click HERE.